5 years of Raisin: How the Berlin fintech is turning banking on its head

What happens when you shut three McKinsey consultants in a cellar? Raisin’s success story reveals the answer.

It has been five years since the Berlin-based fintech launched its first platform, WeltSparen.de, making Raisin the leading pan-European online marketplace for savings and investments. CEO and co-founder Dr. Tamaz Georgadze looks back at the start-up’s origin story in the aftermath of the banking crisis, together with the rise of fintech, and explains why open banking and EU regulation are good for savers and investors.

Pioneer and hidden champion: From a basement in Munich to the international stage

As a consultant at McKinsey Dr. Tamaz Georgadze advised banks in Europe and Asia and realized that the market for savings products was the last unintegrated hold-out. Savings were still deeply local but Georgadze — a former child prodigy who finished high school at 12 and his first university degree in business at 15 — developed the vision for Raisin’s core market innovation: savings without borders. Customers would have access to the deposits market across the European Union both to mop up excess liquidity and provide higher interest rates.

Georgadze explains: “This is a key part of our philosophy: the more transparent the offer is for the customer, the more independent he or she can be. That strengthens the customer’s position and ultimately democratizes the market.”

Georgadze founded the fintech Raisin, a pioneer for open banking in Europe, in 2012 together with Dr. Frank Freund (CFO) and Michael Stephan (COO). The three former McKinsey colleagues approached the first partner banks from their thrifty home base in Stephan’s grandmother’s cellar in Munich. And successfully: WeltSparen.de launched on 13. December 2013. Since then more than 160,000 savers in 31 countries have earned over 80 million EUR in interest across Raisin’s now seven online platforms. How did it happen?

A look back: When the banking crisis became an interest crisis

Late 2008 saw the highpoint of the global banking disaster, which then culminated five years ago in the sovereign debt crisis. Systemically important bankruptcies followed along with government bailouts and national crises, deeply shaking investor trust. Interest rates on savings plummeted with some institutions even charging penalty interest. The entire industry had to rethink the way it operated.

The rise of the fintechs — partner and challenger

In response to the challenges the banking sector faced, start-ups increasingly developed new business models, offering consumers an alternative experience of banking. Collaboration and competition between fintechs and banks exist sometimes uncomfortably close together, although incumbent banks or insurance companies often back young fintechs as partners or investors.

“We deliberately present ourselves as a partner to banks, because for a fintech like Raisin it’s utterly essential that our products and services generate real value for customers, partner banks and distribution partners alike,” says Dr. Georgadze.

The European Union compelled technological cooperation between financial institutions and fintechs by requiring open APIs. A big boost came from the new Payment Services Directive (PSD2), designed to make digital monetary transactions more secure, convenient and cost-effective and in force since January of 2018 across the EU. For Georgadze it was a vital step toward more transparency and new solutions:

“Half of the average household’s savings is sitting in the bank earning no interest at all. In Germany for instance, the checking account is the fastest growing asset class. We can earn much more for people and help them save better. We want to continue removing the obstacles to access and thus give more people in Europe the possibility to save meaningfully.”

Open banking enables consumers to access a wide array of offers in one place online. Raisin has been at the forefront, launching its first platform (WeltSparen.de) in Germany in 2013 as the first online marketplace for savings — and now also investments — from banks all over Europe offering higher interest rates than those available on the local German market. It was a novelty at first — transparent and user-friendly. Today, savers on Raisin platforms can choose from a huge variety of attractive and guaranteed fixed-term and easy-access deposit products with competitive rates from 61 partner banks. Customers in Germany can also select from a set of globally diversified, highly cost-effective ETF portfolios thanks to Raisin’s cooperation with Vanguard.

Eminent international investors and companies including PayPal, Index Ventures, Ribbit Capital and Thrive Capital have invested over 70 million EUR in Raisin, making the fintech one of the most attractive in Europe. Raisin has also received numerous accolades, most recently from the Financial Times, who named Raisin one of Europe’s 100 Digital Champions.

A trailblazer for open banking in Europe, Berlin-based fintech Raisin was founded in 2012 by Dr. Tamaz Georgadze (CEO), Dr. Frank Freund (CFO) and Michael Stephan (COO). Raisin’s platforms — under the brand WeltSparen in the German-speaking world — offer European consumers savings without borders: simple access at no charge to attractive and guaranteed deposit products from all over Europe, as well as (in Germany) globally diversified, cost-effective ETF portfolios. With one online registration, customers can choose from all available investments and subsequently manage their accounts. Since launch in 2013, Raisin has brokered 10 billion EUR for more than 160,000 customers in 31 countries, with 61 partner banks. Raisin was named to Europe’s top five fintechs by the renowned FinTech50 awards and is backed by prestigious European and American investors such as PayPal, Thrive Capital, Index Ventures and Ribbit Capital. 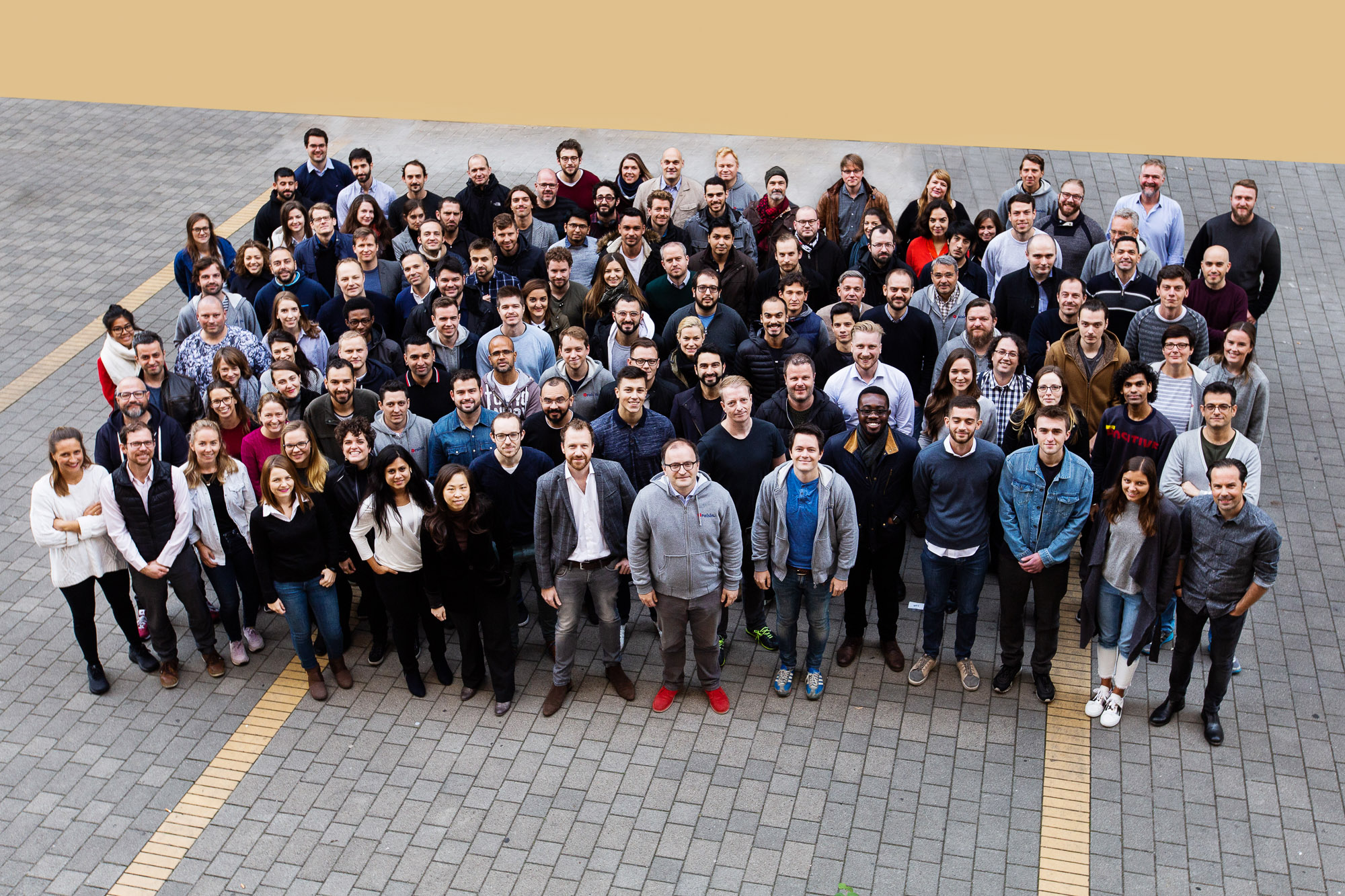