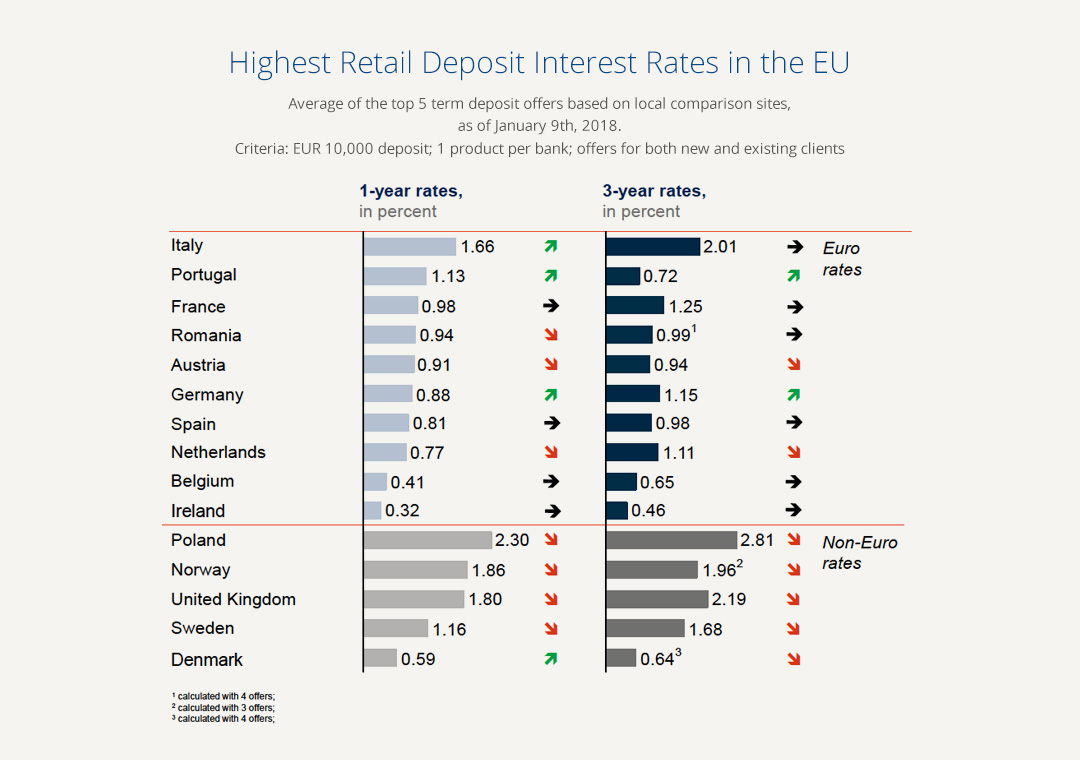 Retail Deposit Interest Rates of the 3 Largest Banks:
Again, most deposit interest rates of major European banks can be described as disappointing. Due to improved offers from smaller banks, the interest rate ratio of the three largest German banks vs. the best local offers rose by one point to 29. Due to a small increase of the average interest rate of major Dutch banks and a simultaneous deterioration of the best local offers, the Dutch ratio fell sharply by 5 points to 15. The Portuguese ratio rose by one point, which means that Portuguese savers can now earn 14 times higher returns on 1-year term deposits from smaller financial institutions than from the country’s largest banks. Major French and Irish banks still offer savers around one third and two thirds, respectively, of the best local offers. 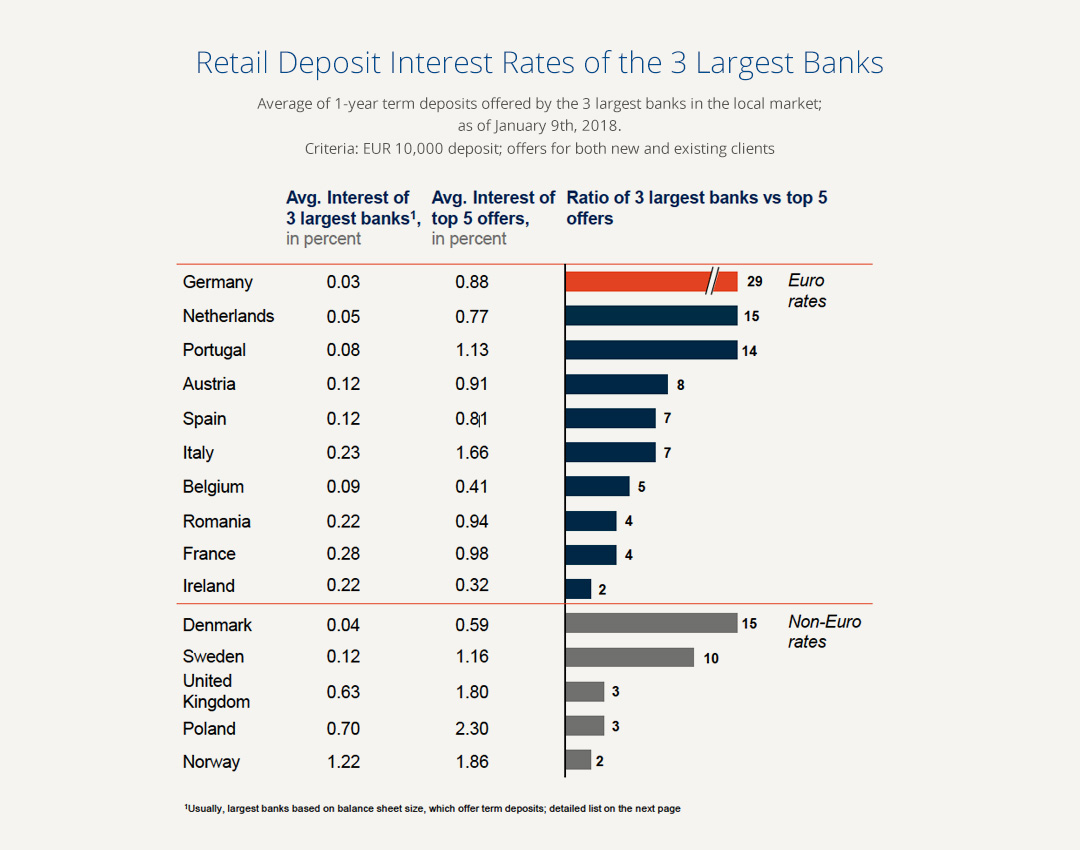 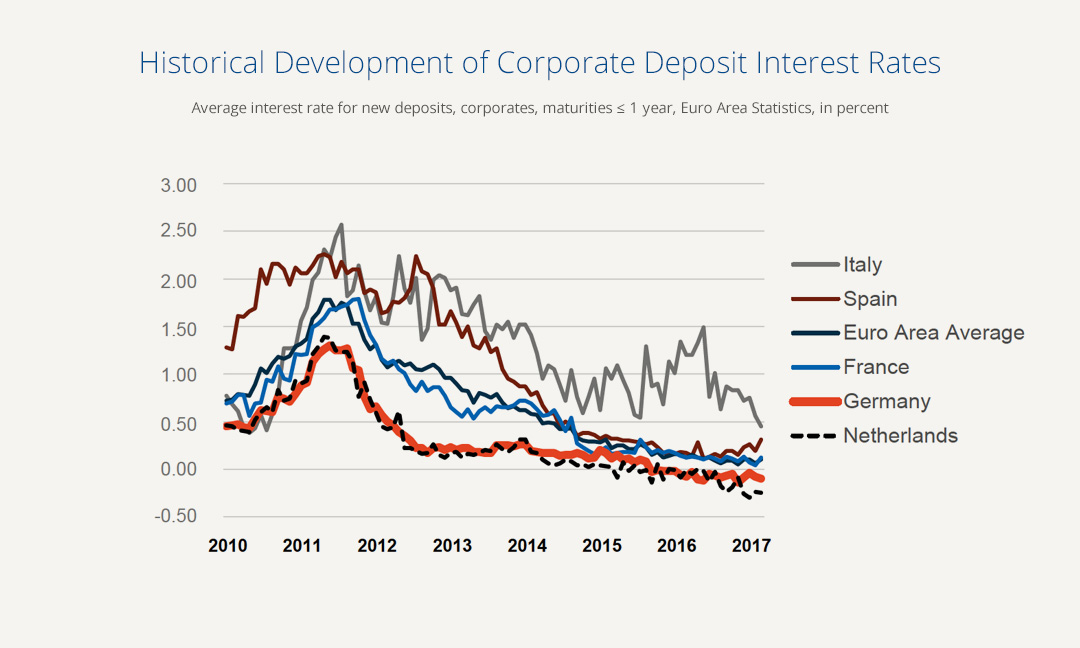 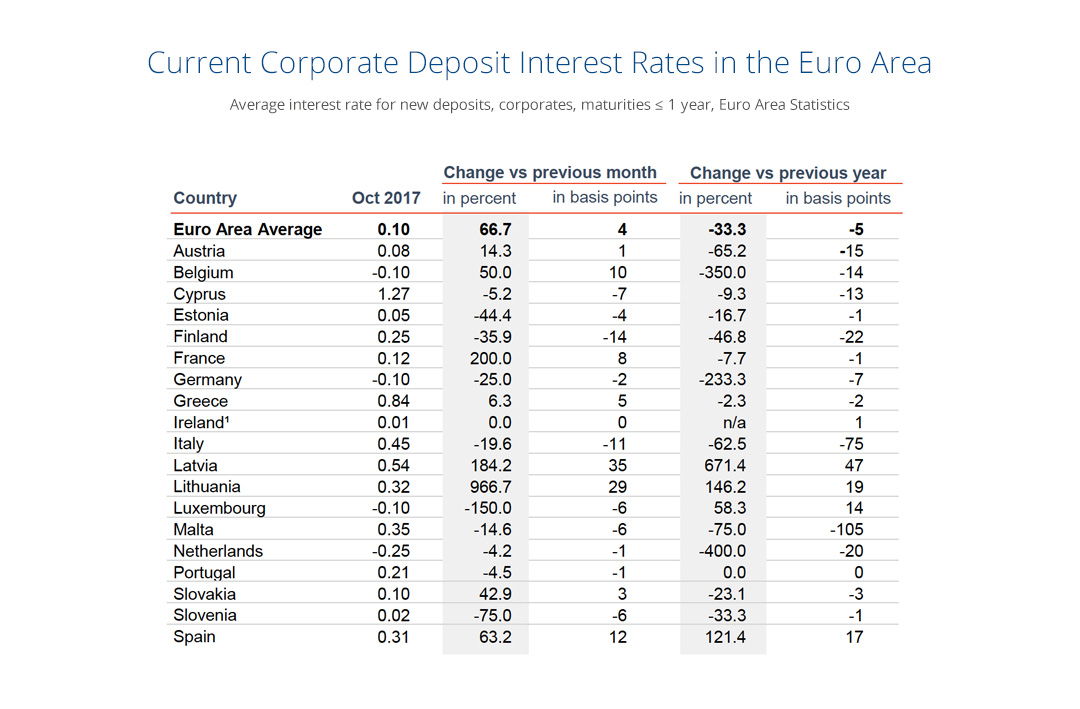 As of January 09th; Sources:

Highest Retail Deposit Interest Rates in the EU: Italian interest rates are the highest in the eurozone s…