This month, the focus will be on negative real interest rates of savings products! For better illustration purposes, we also added an additional column to our second graph. This way, it will be even easier to highlight the link between the interest rates underlying the ratio. 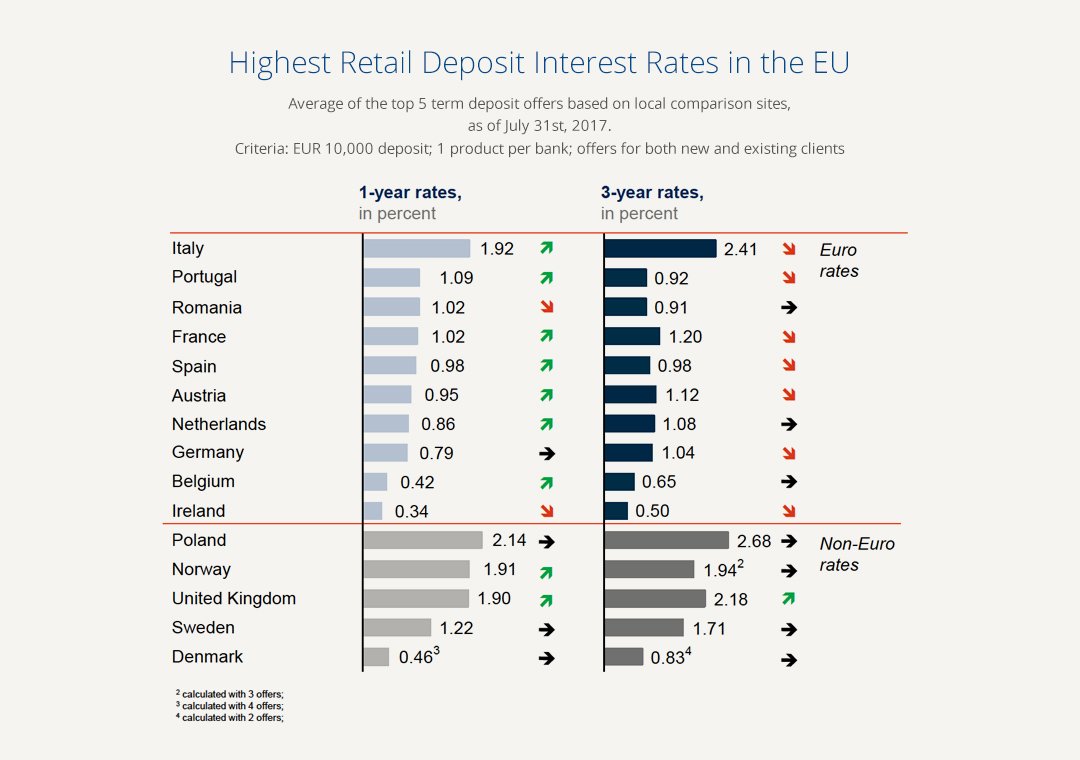 It is interesting to note that in the last month interest rates with a maturity of 1 year only rose moderately by 1.29% to an average interest of 0.94% and, at the same time, interest rates with a maturity of 3 years even declined by 3.74% to an average interest of 1.08% in the countries surveyed. Due to the strong increase of inflation rates in the past six months, this leads to negative real interest rates for almost all savers with a current inflation rate of 1.30%.
Data shows that only savers from Italy beat inflation by investing in term deposits with maturities of 1 year (1.92%) and 3 years (2.41%). Although almost all other savers are better off with term deposits with longer maturities, they still earn negative real interest. 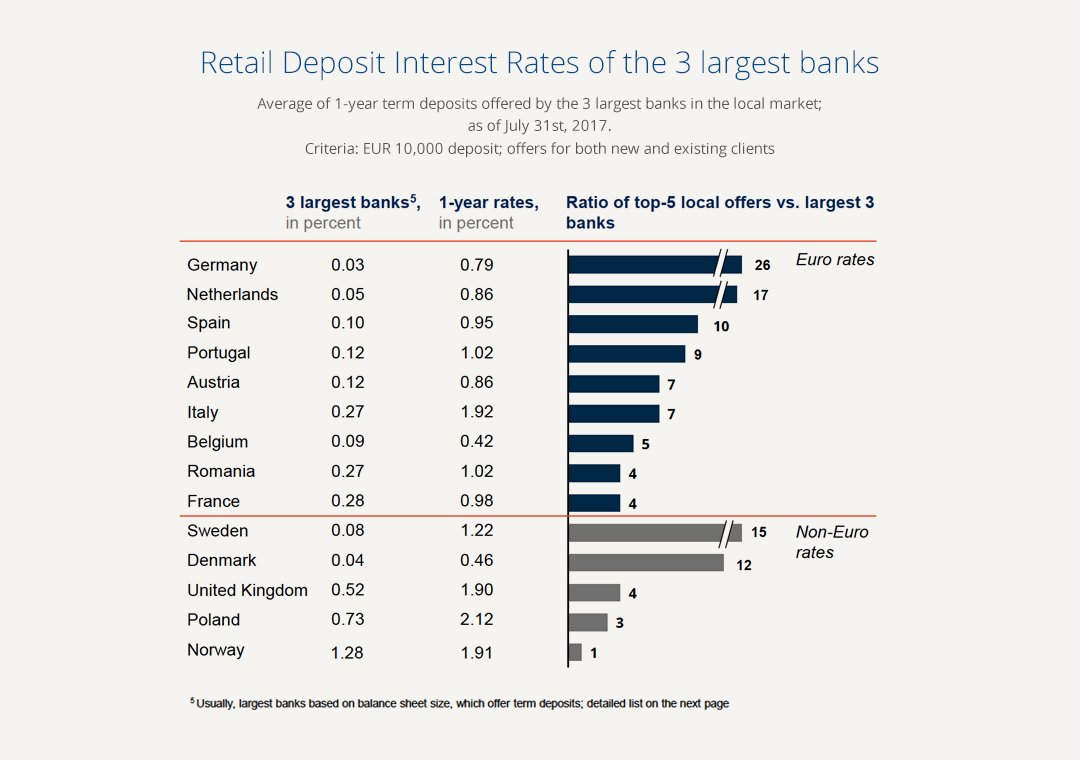 Raisin – Get maximum interest rates for your savings

When looking for ways to invest your hard-earned money, safety and a good return on investment are prime…