We are pleased to present our latest interest rate radar.

In this issue, we will take a closer look at Spain, the fourth-largest economy in the Eurozone. Due to the financial crisis and the real estate bubble, Spain had fallen into a deep recession but has returned to positive growth since 2014. On August 25th, 2016, the statistical office INE in Madrid reported that the gross domestic product had grown 0.8 percent in the second quarter stronger than expected in comparison to the previous quarter. Furthermore, the Spanish economy also grew much faster than the Eurozone average, which only grew 0.3 percent in the second quarter compared to the first.

Several components explain this recovery. At the moment, Spain strongly benefits from a booming tourism industry, as many competing holiday resorts such as Turkey or North Africa are losing vacationers due to the political situations. Additionally, increasing company investments, rising exports, and growing consumer spending are contributing to the economic growth.

However, the uncertain political situation prevents even higher growth rates. After the reelection in June 2016, the conservative party Partido Popular did not manage to reach a majority and on September 2nd, 2016 the acting Prime Minister Mariano Rajoy was not able to form a majority coalition. Although Rajoy has secured the support of the Liberals, the Socialist Party refuses to either support or tolerate a further term of Rajoy as prime minister.

The development of the interest rate level in Europe clearly shows that European savers have to be proactive and look for alternatives to be able to obtain attractive interest.

We at Raisin believe that transparency can make the decision for the right savings product easier. Since deposits are still one of the main sources of funding of banks, and continue to be the most popular investment product for private customers, we want to provide you with the most up-to-date information on interest rates, including country-specific developments in our monthly publication. 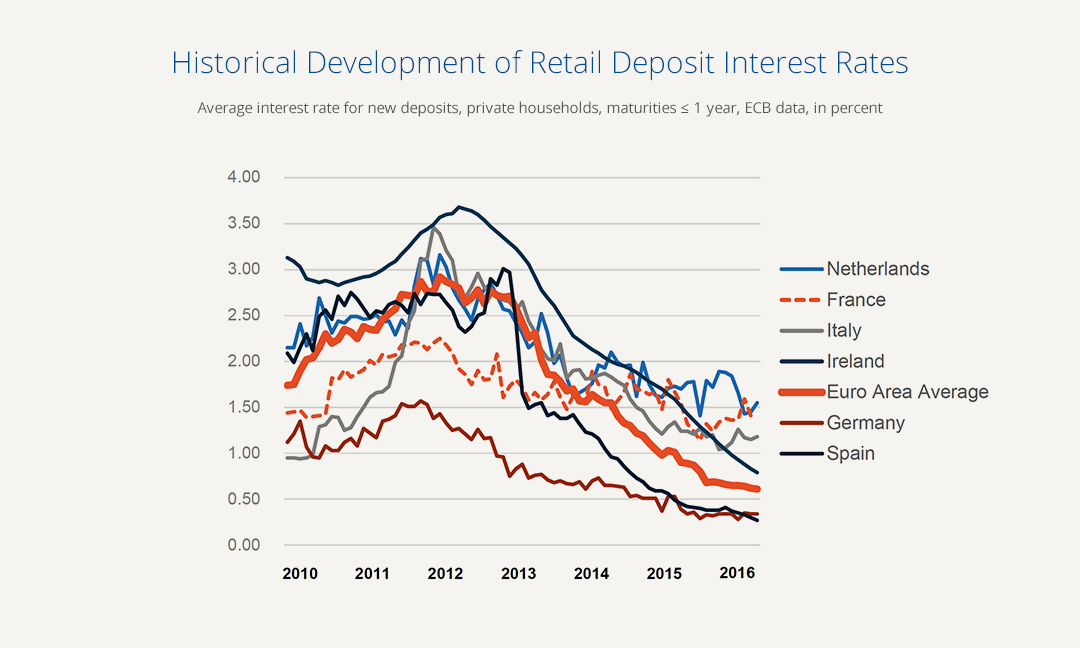 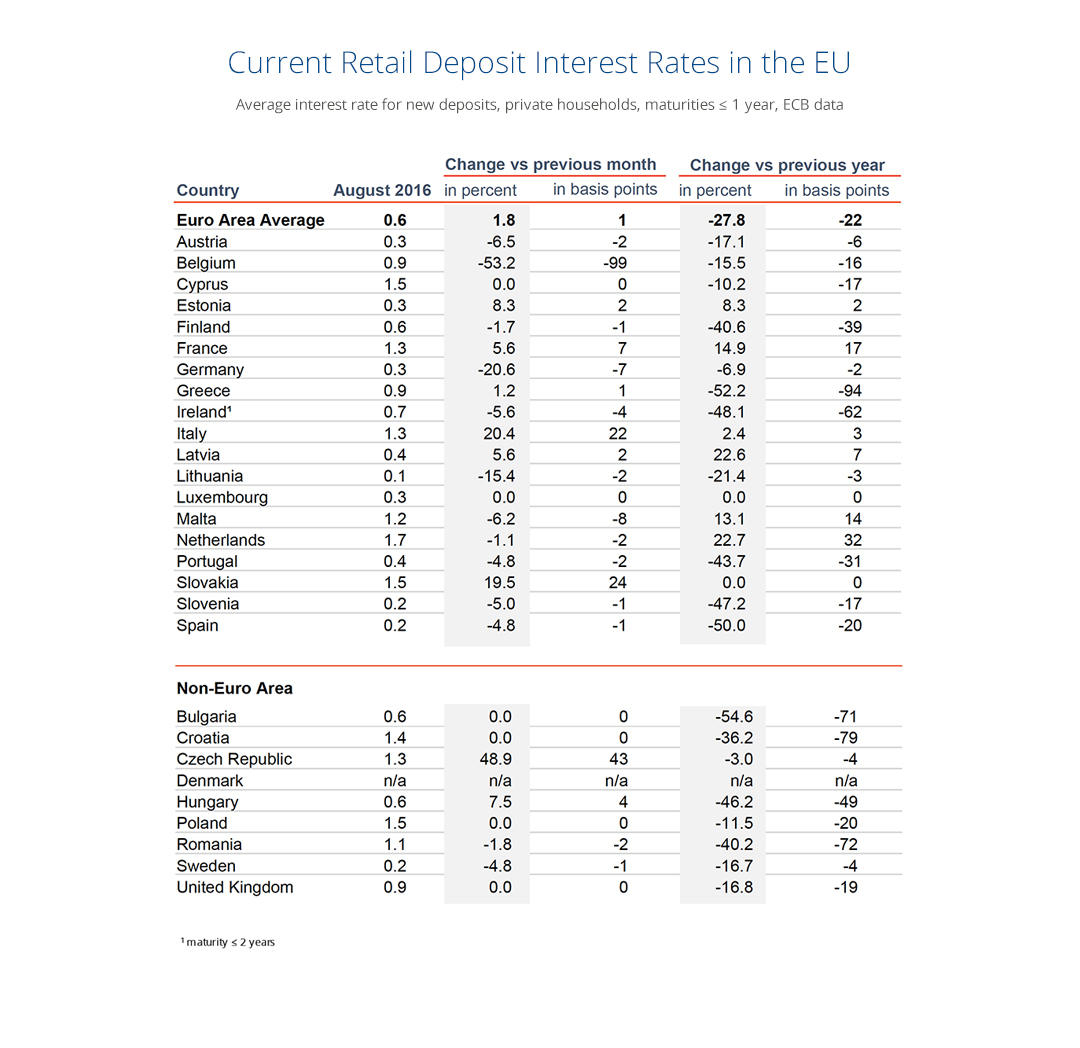 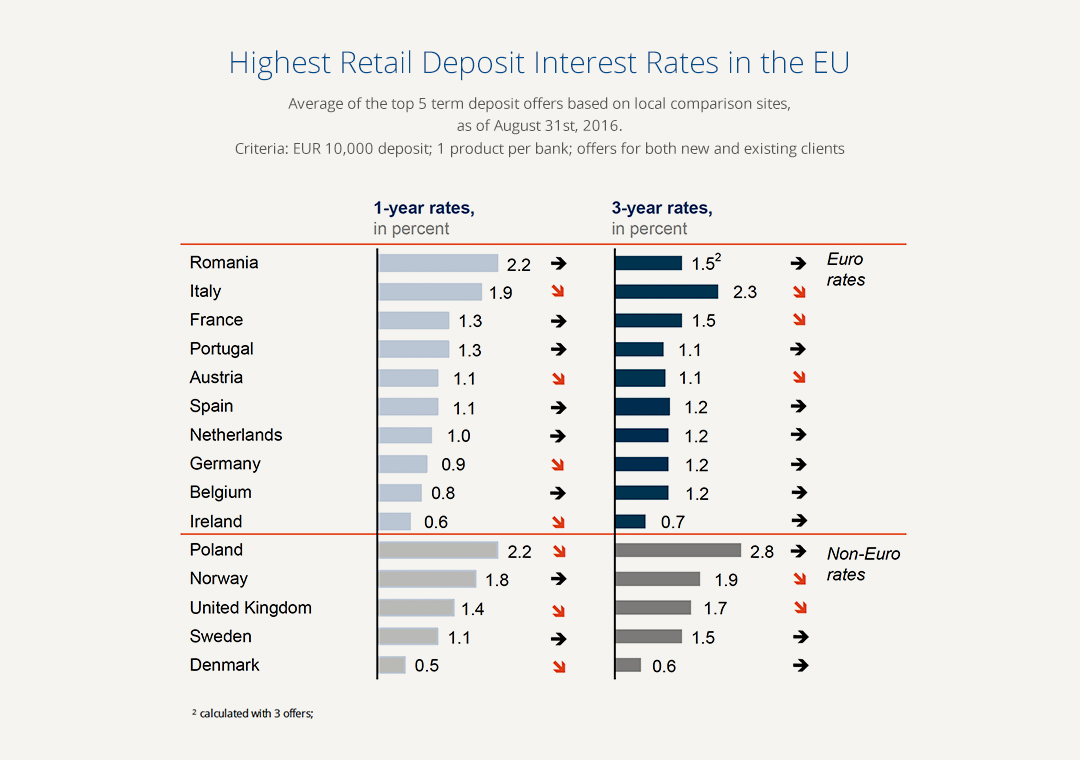 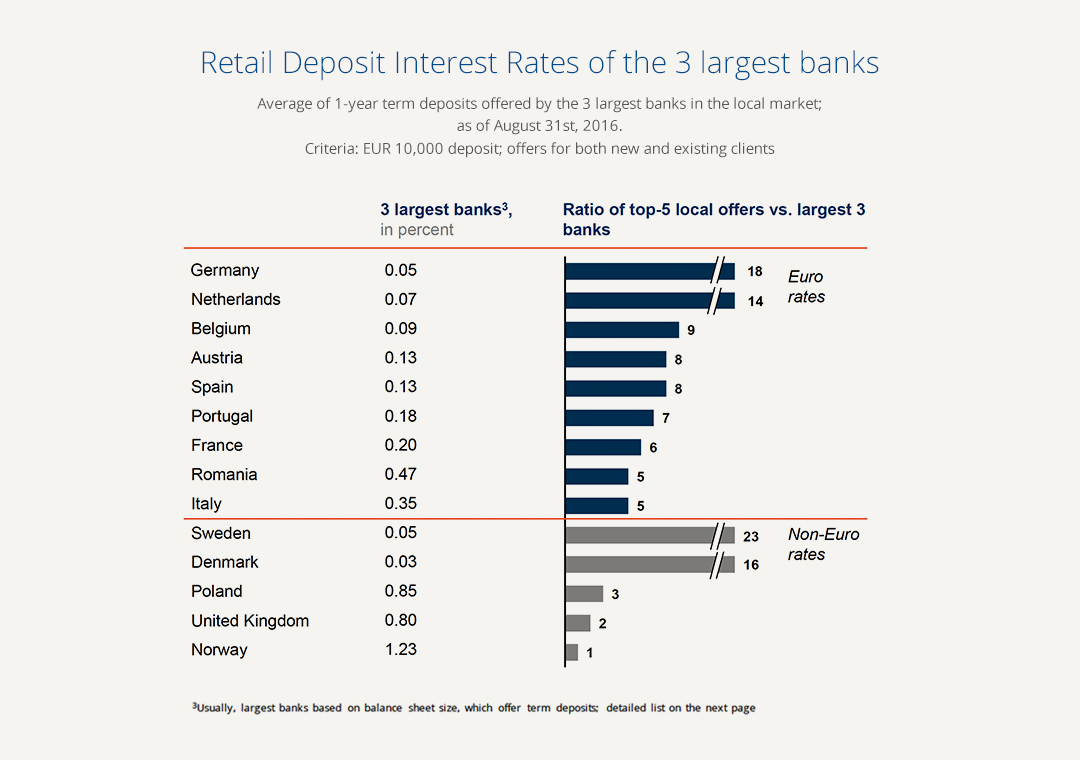