As it was announced by the European Central Bank on the 4th of May, the 500-euro bank note will be discontinued by the end of 2018, when the new Europa series bills will be introduced. After it happens, €200 will be the highest denomination; all other existing bank notes ranging from €5 to €100 will remain in circulation.

The main reason to stop issuing the €500 note was the fact that it is widely used for illicit activities such as money laundering and tax evasion, as it is easy to move around undetected. After the terrorist attacks in Paris last November and in Brussels in March ECB faced more pressure from the European leaders. It is assumed that removing the €500 bill will increase the risk of criminals to be detected. The European Commission also plans to impose stricter control on pre-paid cards and virtual currencies in order to detect criminals.

However, in Germany there is a widespread opinion that these measures may be a further step towards cash removal. Many consumers prefer anonymous cash payments, some also fear that if cash is abolished completely, central banks will further decrease deposit interest rates. As storing large amounts of bills is expensive for banks, they will be more willing to lend money rather than hold cash. Currently, €500 bills make up around one third of euro notes in circulation, which means the European Central Bank will need to increase the issuance of 50, 100 and 200 euro notes.

The 500-euro bank note will retain its value permanently and can be exchanged for smaller denominations at the national central banks of the Eurozone. As the euro plays a significant international role, it will remain a legal tender and can be used for transactions. 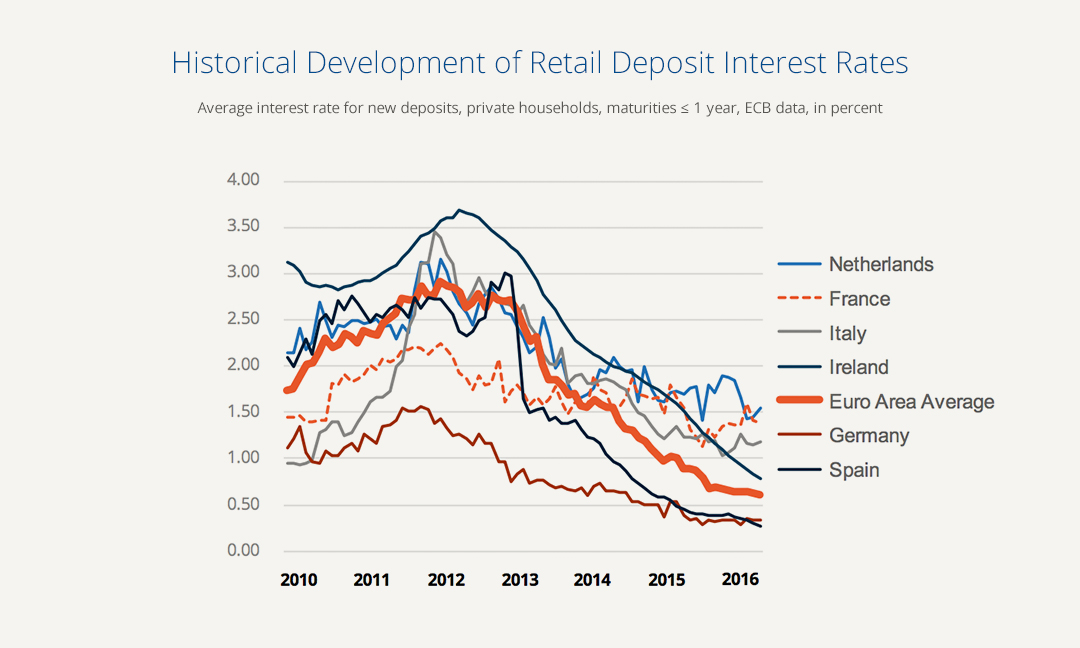 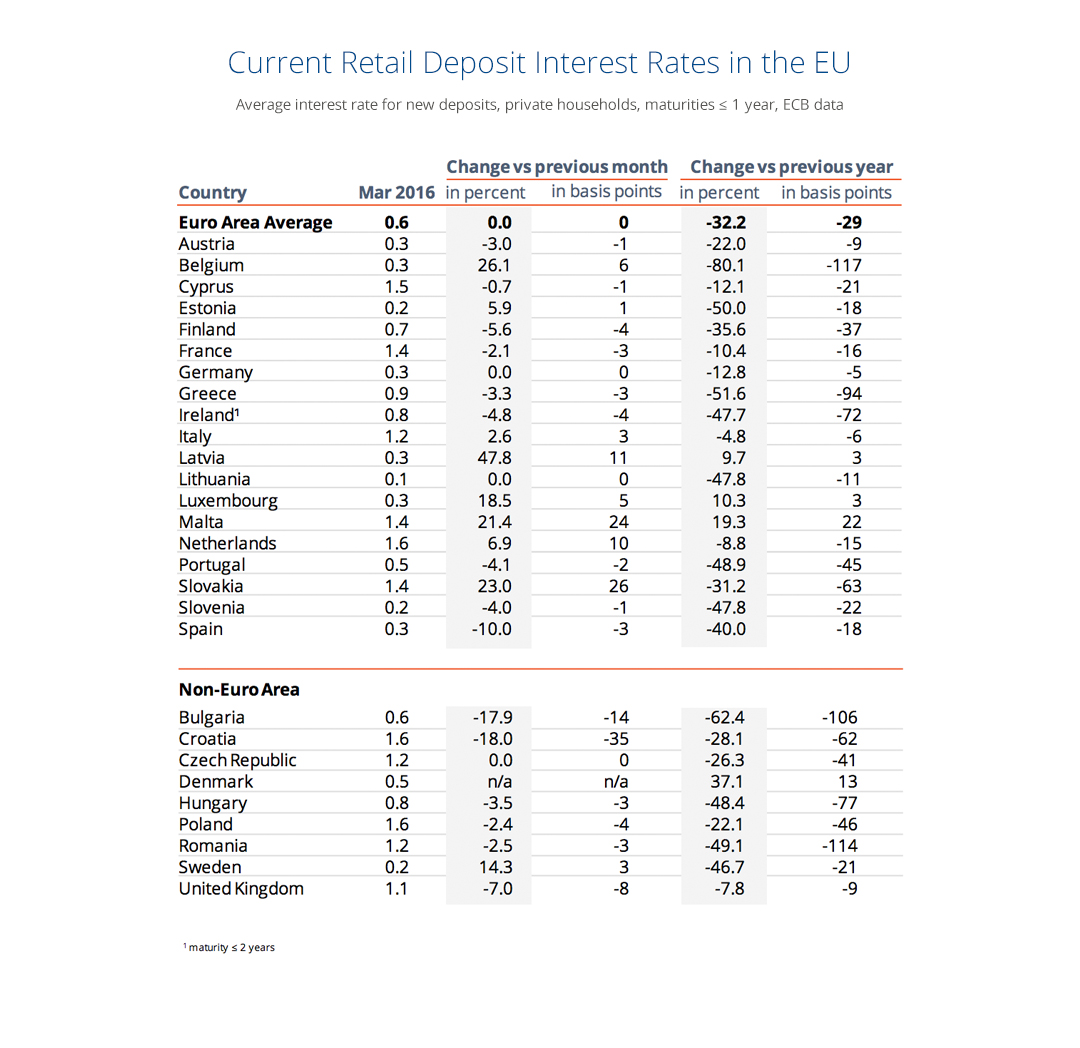 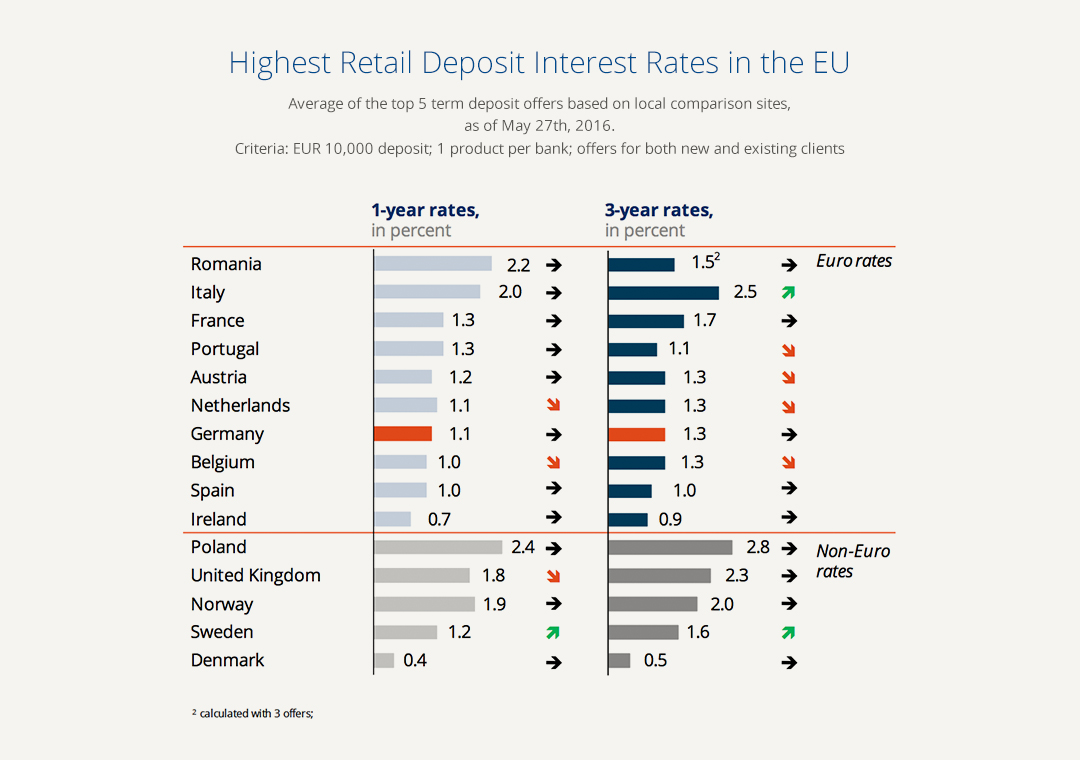 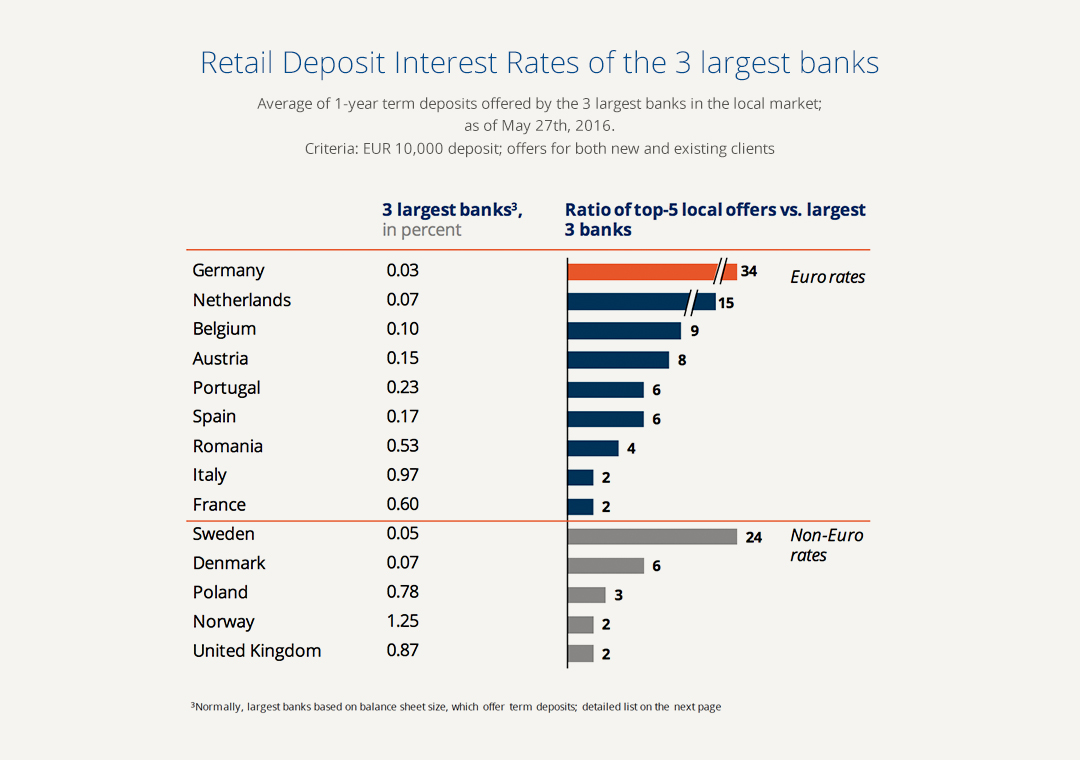 Highest Retail Deposit Interest Rates in the EU: Changes at the lower end of the ranking of interest rate…