In this issue, we are taking a look at the European Commission’s economic growth report for the year 2016. Given the weaker economic state of Europe’s main trading partners and slower economic growth on the continent, the European Commission referred to the growth as „moderate“. During 2017, a recovery in the price of oil and an appreciation of the euro caused by rising inflation are projected, two trends which will curb European exports. The European Central Bank is expected to continue pursuing an extremely expansive monetary policy pumping cheap money into financial markets in order to spur investment on the continent.

Although the growth figures for 2016 that the European Commission published are still estimated values, they shed important insights into the state of the European economy. For the European Union and the Eurozone, economic growth of 1.8% and 1.7% respectively is forecast. The largest European economies, Germany and France, attained a modest growth of 1.9% and 1.3% respectively, while Italy, which is currently facing a political crisis, recorded a meagre growth of 0.7%. Spain, the fourth largest economy in the Eurozone was benefitting from a booming tourist industry during the past year, its economic growth reaching 3.2 %.

The Eastern European economies are particularly healthy with their economies growing significantly faster than the European average. Specifically, countries such as Poland and Bulgaria are on a solid growth path, exceeding European average figures with growth rates of 3.1%each. Growth rates in Northern European Ireland and Sweden also reached a solid 4.1%and 3.4 % respectively.

The figures of the European Commission show that, despite a difficult global economic climate, European countries are able to show healthy economic growth rates. Eastern European economies, in particular, are hastening this pace of growth and are an anchor of stability in the European economy. For European savers this means that they can take advantage of the positive economic circumstances in numerous emerging markets to diversify their investments safely.

At Raisin, we believe that transparency helps customers find the right savings products. Since deposits are one of the main funding sources for banks and still the most popular investment product for private customers, we want to provide you with the latest information on the topic. 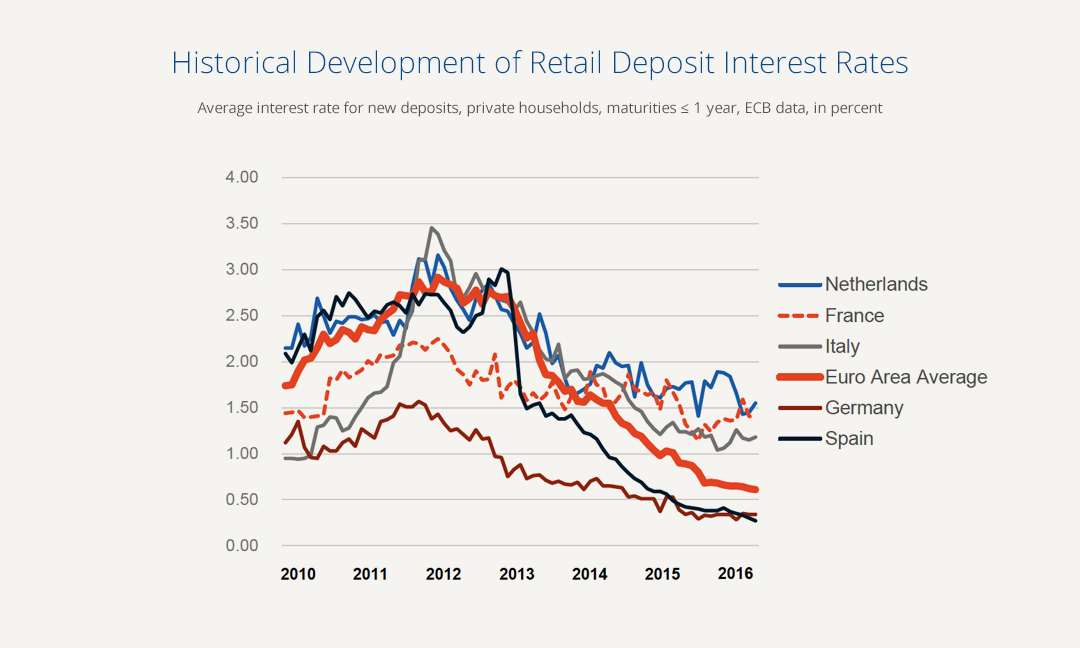 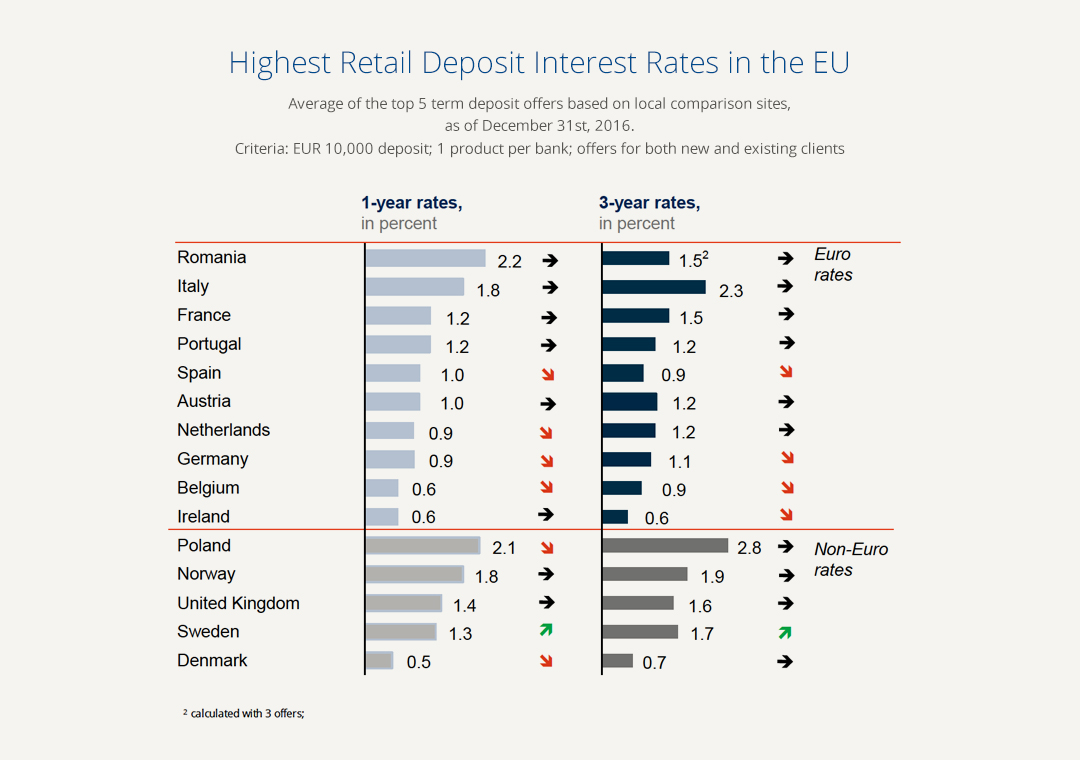 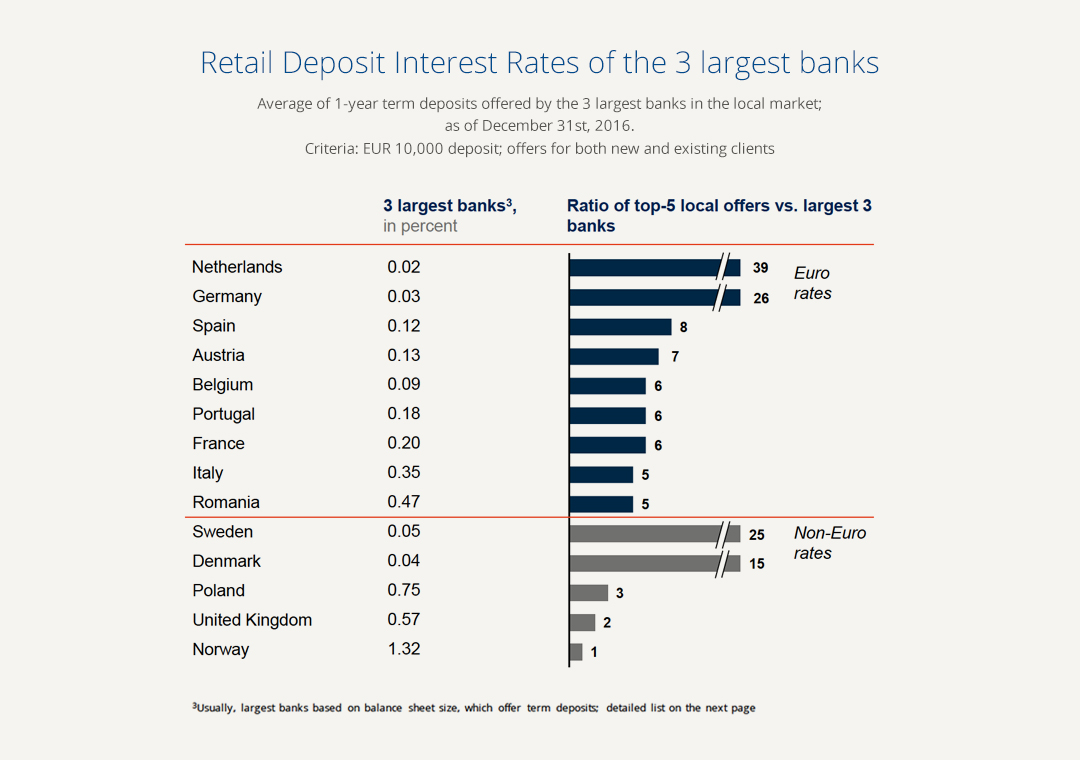 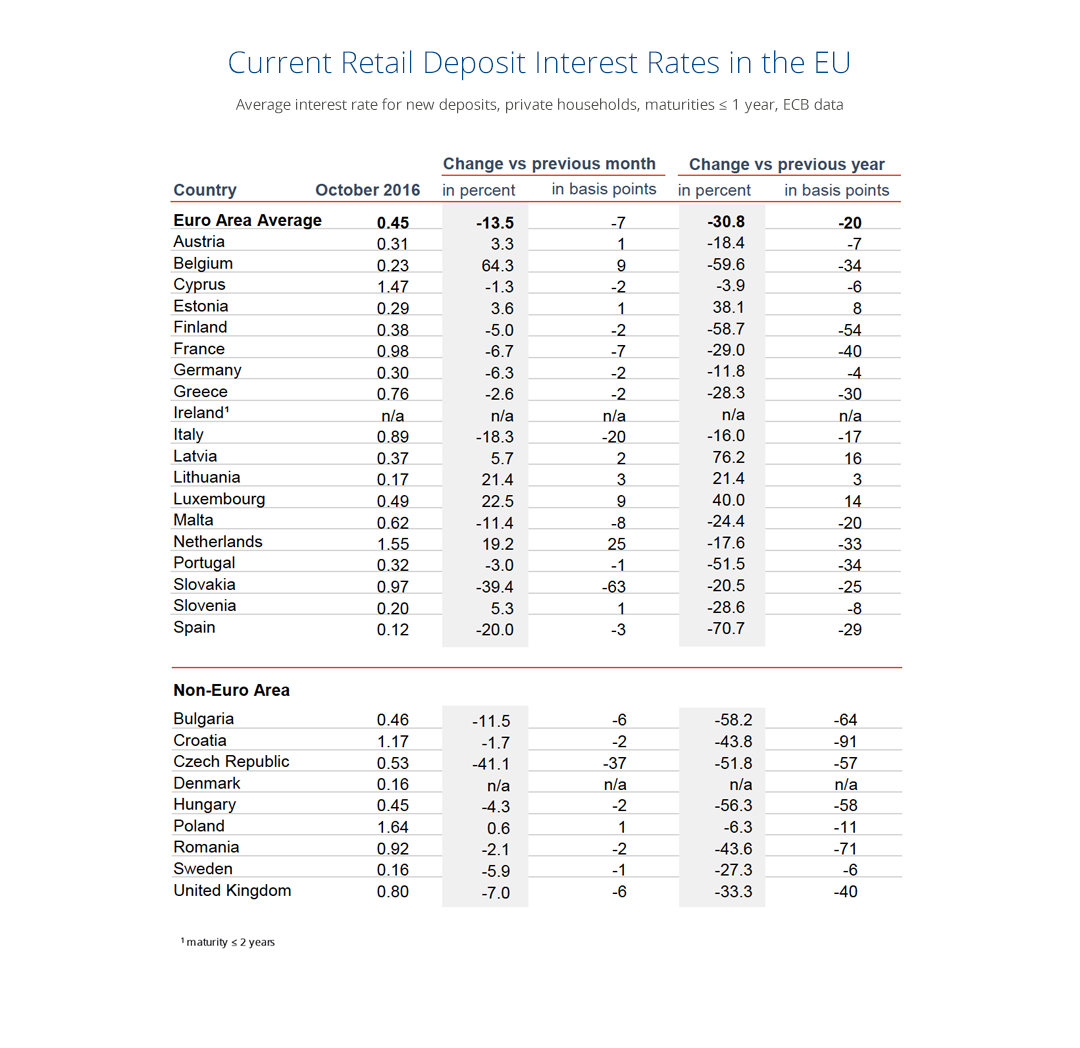 As if the summer didn’t already pay off, this fall will fulfill your savings dreams — and fill your…