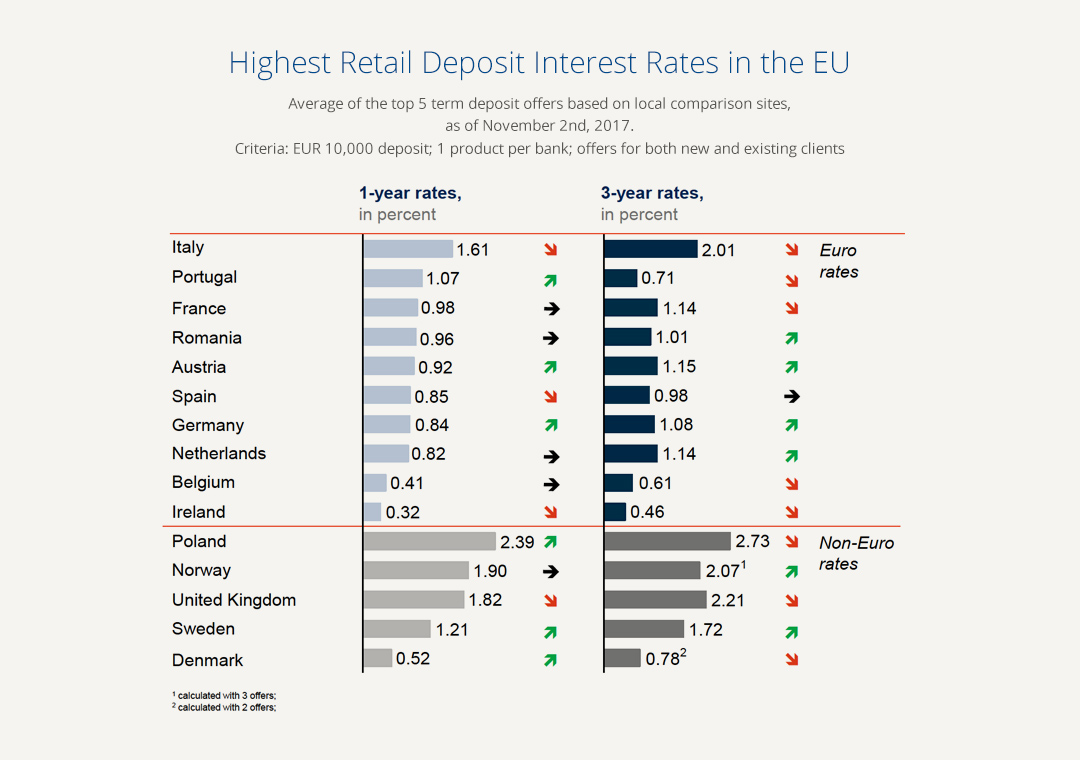 Highest Retail Deposit Interest Rates in the EU:
Changes at the lower end of the ranking of interest rates with 1-year maturities 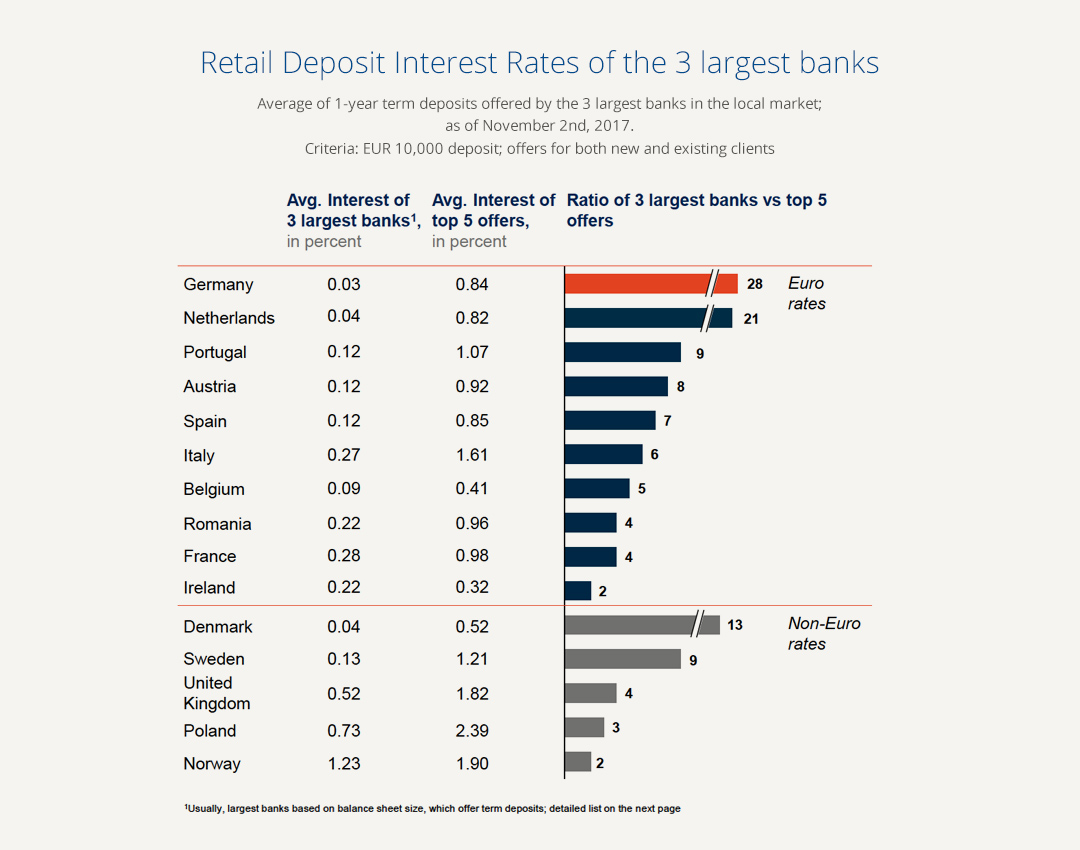 Retail Deposit Interest Rates of the 3 largest banks:
Ratio of largest banks vs top 5 offers increased even further in Germany

As of November 2nd; Sources:

Get Your Finances Ready: 3 Things to Do Before Leaving on Vacation

Will you take a vacation this summer and want to enjoy complete peace of mind? Then you should make sure…