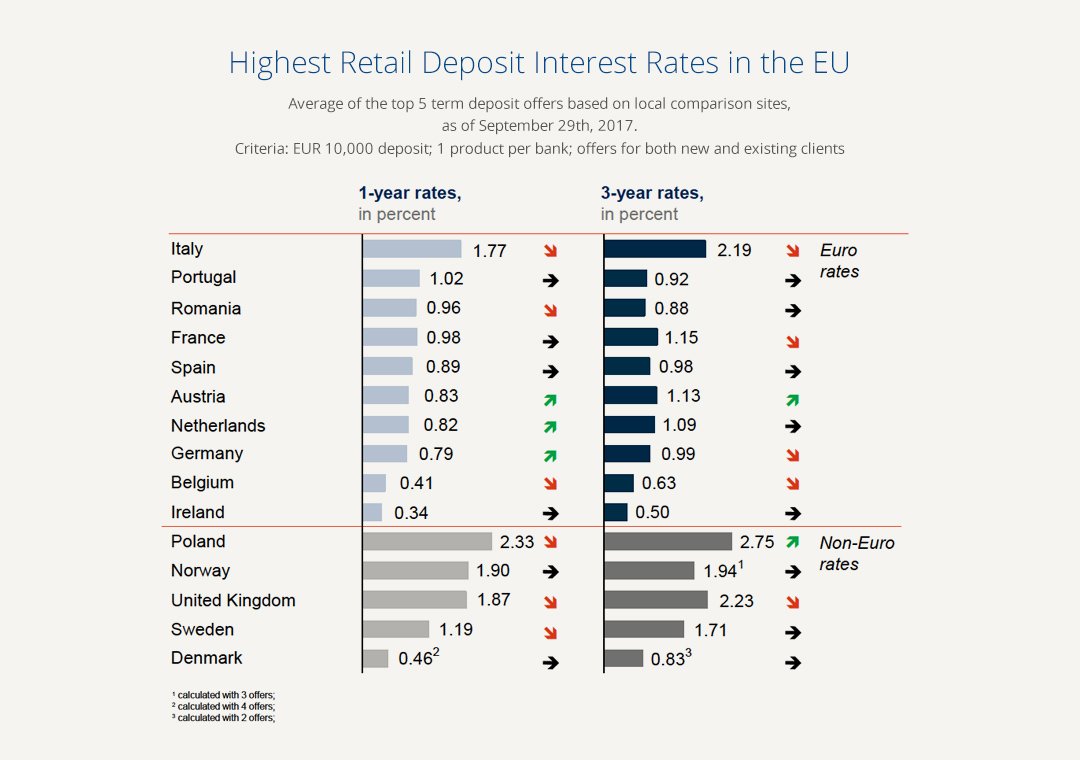 Highest Retail Deposit Interest Rates in the EU:
Italian interest rates are the highest in the eurozone since July 2017 Nothing has changed since August 2016: The largest German (0.03%) and Dutch (0.04%) banks offered the lowest interest rates across Europe in September 2017. At the same time, ratios of the 3 largest banks versus the top-5 term deposit offers in the local markets incremented in Germany and the Netherlands. Therefore, savers that took advantage of the best offers available could earn interest rates that were 26 times higher in Germany and 21 times higher in the Netherlands! On the other hand, major banks from Ireland offered interest rates that amounted to more than half of the average of the top-5 term deposit offers in the local market.

As of September 29th; Sources:

Highest Retail Deposit Interest Rates in the EU: Compared to the previous month, there have been positive…

How it all began… 5 years ago An Interview with Fibank‘s Minka Mihaylova   Five years ago, First Investm…

Dear readers, We are once again pleased to present our latest interest rate radar. In this issue, we trac…