Italy has been downgraded to Baa3 from Baa2 (19.10.2018, Moody’s).
The increase in Italy’s sovereign funding costs is not yet reflected in retail funding conditions on Raisin platforms and we do not see signs of contagion elsewhere.
In its penultimate monetary policy meeting of the year, the ECB kept its policy unchanged: Bond purchases will end at the end of this year and Europe remains on track for a first rate hike in the 3d quarter of 2019. A Bloomberg survey of economists suggest that the ECB may be paying 25bp by the end of 2020.

The ECB’s time series do not reveal an upward trend in interest rates paid to households across the European Union – if anything, the opposite seems to hold: the average bank’s interest rate for household deposits decreased by 9.4% compared to July and by a staggering 19.4% compared to last year. 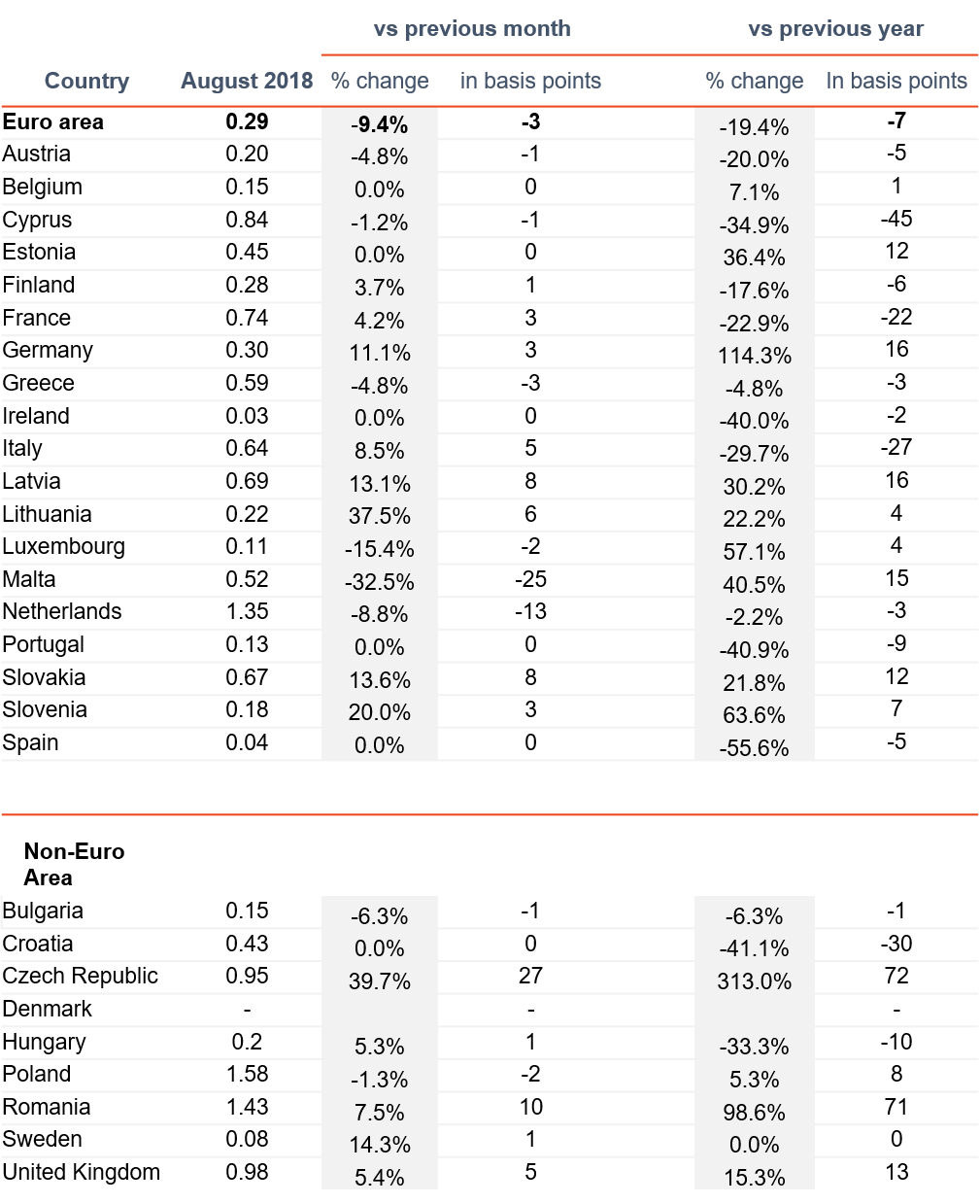 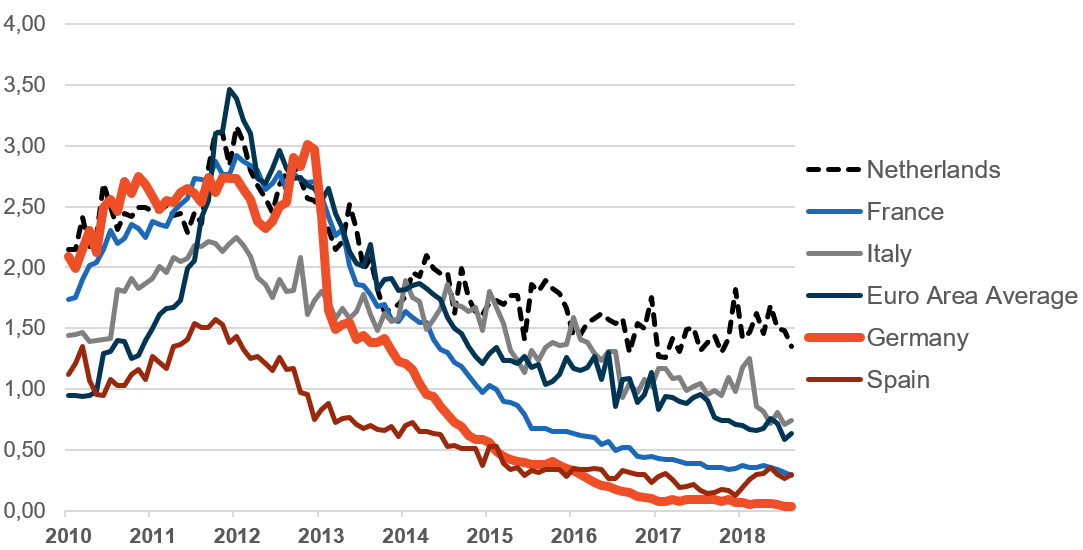 The recent retail top offers/rates reflect the changes in Italy: among the Euro-countries, Italy places highest with 1.49% on 1-year and 1.91% on 3-year deposits, which is even higher than the DKK and NOK deposit rates.

Germany stays put compared to our last issue and BENELUX — at least Belgium and the Netherlands — appear to have jointly decided on decreasing rates.

Overall, 1-year FX deposit rates have increased since the last issue, with PLN offering up to 2.39% on average. 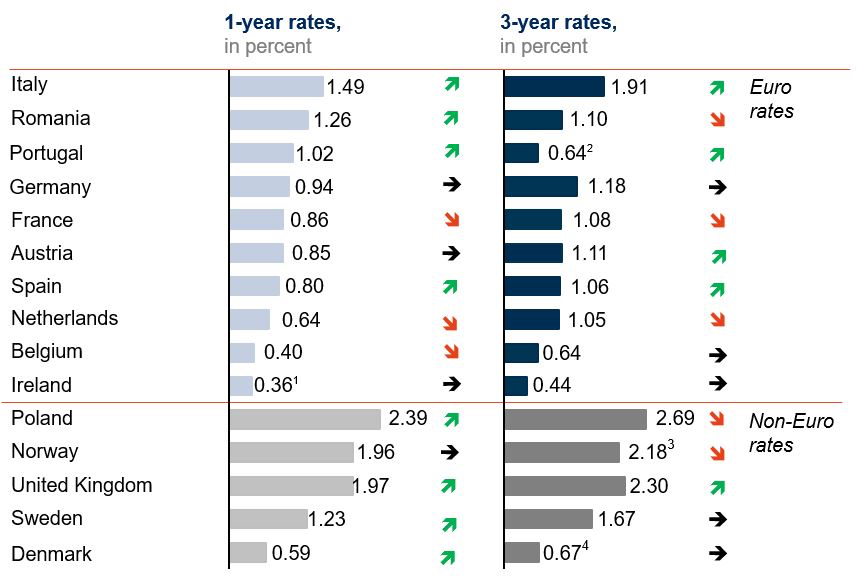 Average of the top 5 term deposit offers for retail customers based on local comparison sites as of 31.10.2018. Criteria:  EUR 10,000 deposit; 1 product per bank; offers for both new and existing clients.

In the Netherlands, the three largest banks increased their rates by 3bps on average, while the top offers decreased by 10 basis points, which, taken together, reduce the multiple from the previous 19 down to 9.

For the other European countries, this ratio has stayed more or less stable despite the rate changes for the top offers. 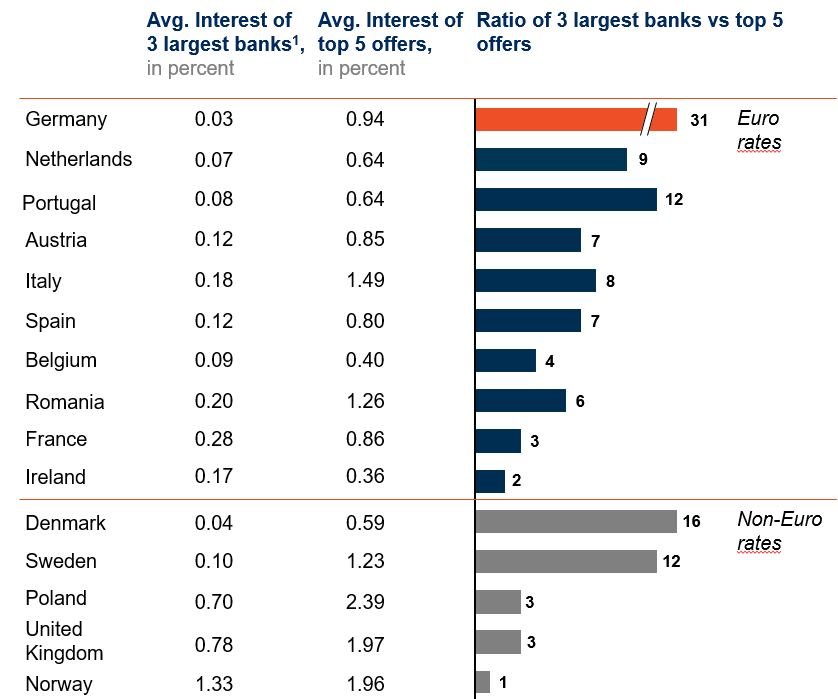 While retail interest fell month-on-month, corporate deposit rates increased slightly by 1 bp, or 14.3%. We note the 200% increase in Latvia and Lithuania as well as the 400% increase in Austria (from 4bp to 20bp). 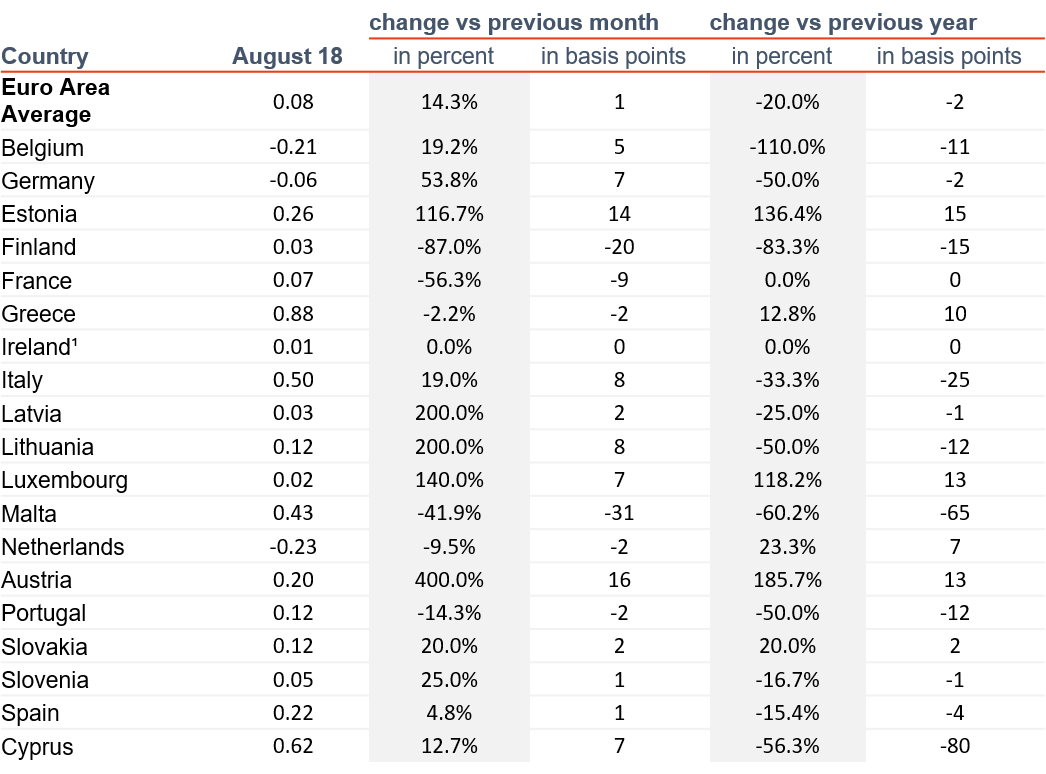 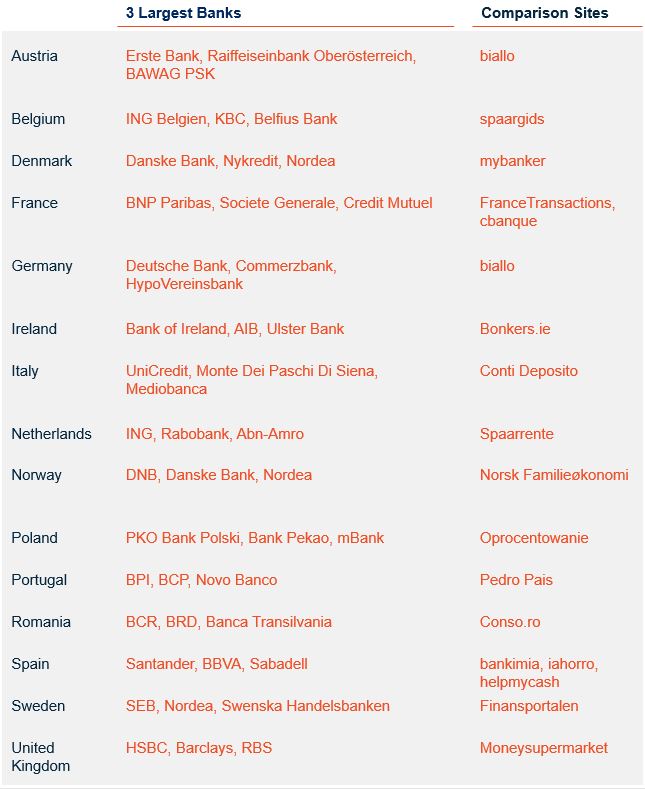 ECB weighs low inflation, looks toward future without Draghi In a speech back on May 17, European Central…