In this issue we would like to give a brief overview of the recent monetary policy decisions of the European Central Bank (ECB) that were announced on March 10.

Concerned by the current economic state of the Eurozone and seeking to boost the European economy, the ECB’s head Mario Draghi announced the reduction of the benchmark interest rate (‘main refinancing operations’ rate) by 5 basis points to zero percent. The overnight cash deposit rates are lowered by 10 basis points to -0.4 %, which means banks will be charged more when holding the money overnight. The bond-buying quantitative easing (QE) program was, in its turn, expanded from EUR 60 bn to EUR 80 bn a month. It was also announced that a new round of targeted refinancing operations will start in summer 2016 with the borrowing conditions “as low as the interest rate on the deposit facility”.

According to the ECB, these measures are necessary to prevent the deflation in the Eurozone and stimulate economic growth. Concerns increased after inflation turned negative in February 2016, which was primarily caused by low energy prices.

The ECB decision-makers hope that the reforms will encourage European banks to increase money lending instead of holding on to their assets. However, the recent forecasts by the European Central Bank suggest that inflation will remain below the 2 % target in the next years despite all policy changes.

What does it mean for retail savers? The ECB’s low rates might lead to a lower interest return for bank customers. This might result in a loss of approximately EUR 224 bn in the next 5 years in Germany alone, according to the estimations of Union Investment Group. 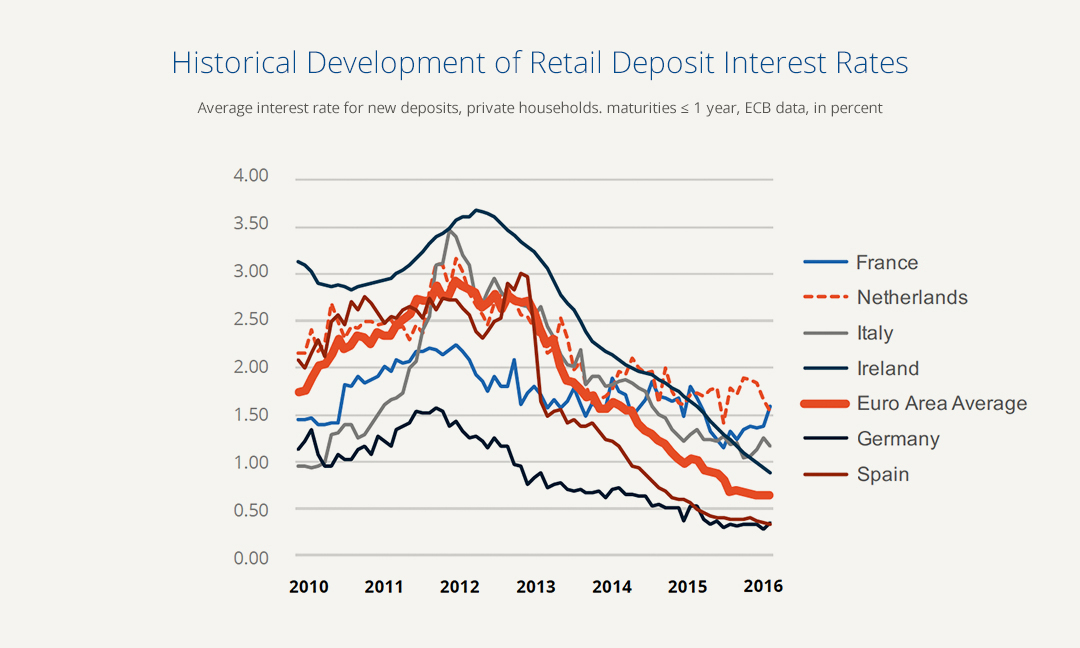 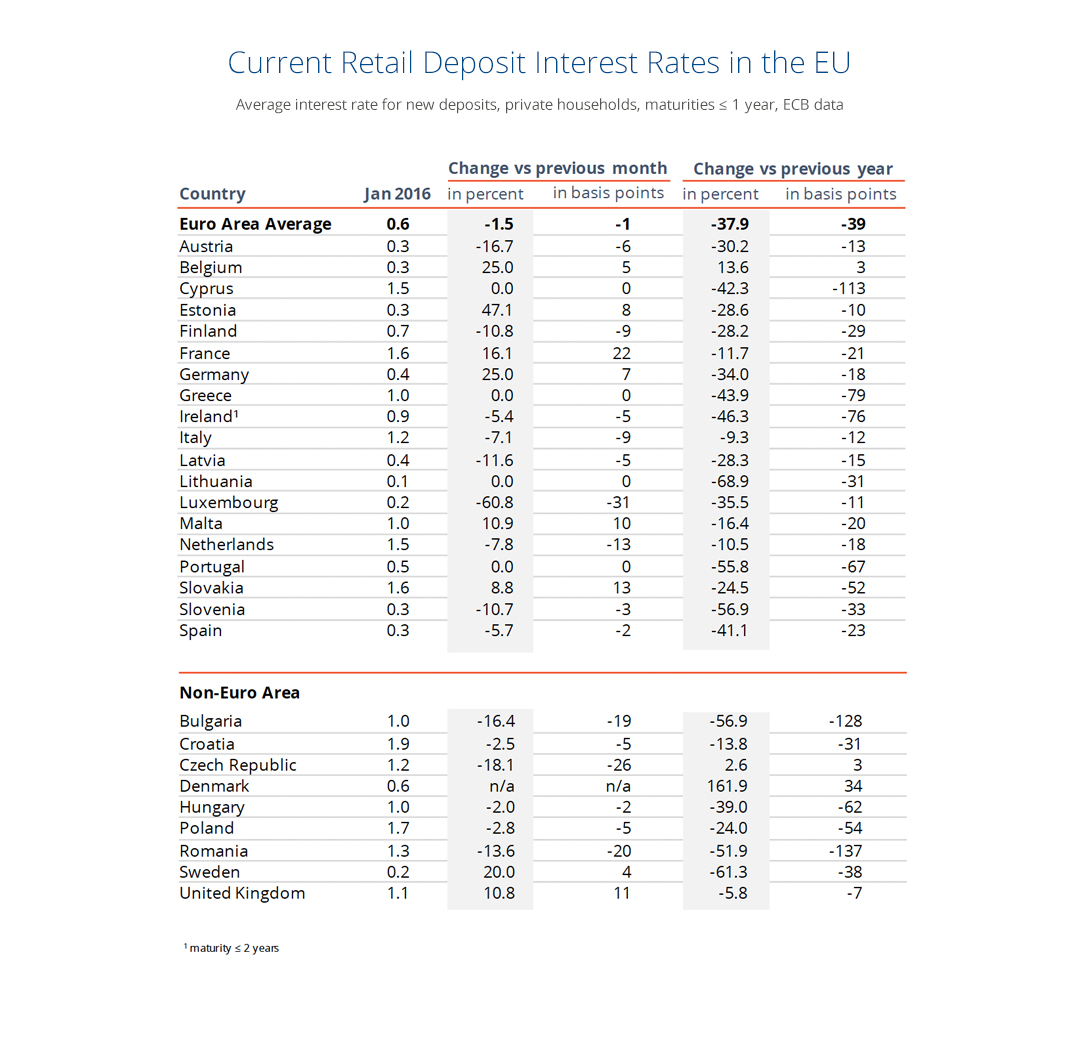 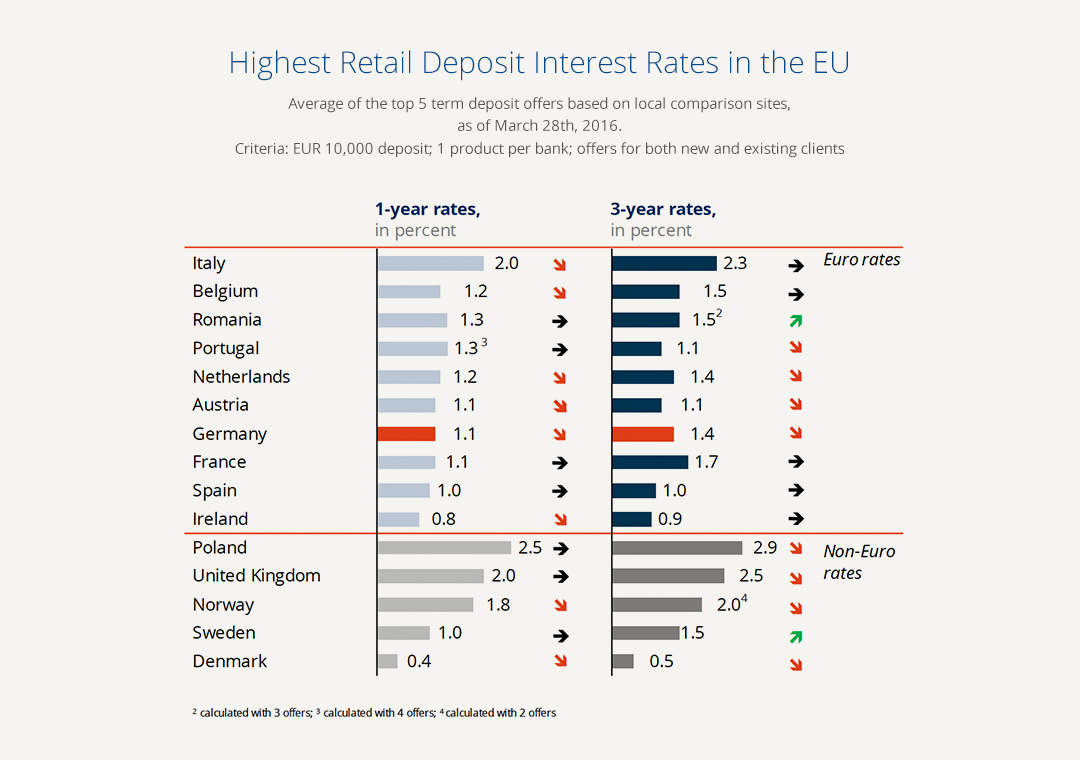 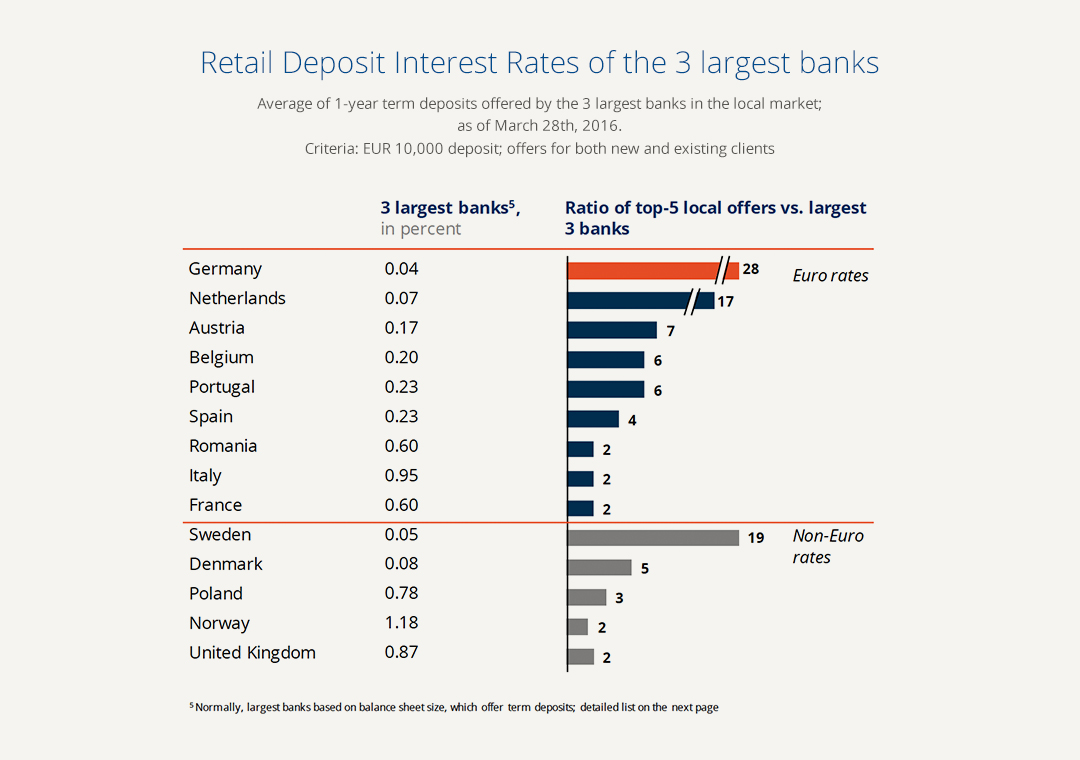 Dear readers, We are pleased to present our latest interest rate radar. In this issue, we would like to g…