In this issue, we would like to touch upon the topic of the Eurozone’s economic development. According to Eurostat, in the first quarter 2016 the Eurozone economy grew 0.6 per cent, surpassing the expectations of analysts, who predicted the growth of 0.4 per cent. This growth rate is the fastest the currency bloc demonstrates since the first quarter of 2015 and two times higher than the 0.3 per cent figure published in the end of 2015.

The main reasons for such increase are growing domestic demand, followed by greater consumer spending, drop in oil prices, and improving investment levels. France significantly contributed to the performance, showing much better results than expected. Improvements in the job market also played their role, as unemployment fell from 10.4 per cent in February to 10.2 per cent in March, which is still 3 percentage points higher than in 2008 before the economic crisis.

However, inflation figures demonstrate a less optimistic trend: according to Eurostat, consumer prices dropped by 0.2 per cent in April, which is 0.1 per cent lower than expected. The core measure of inflation also decreased from 1 per cent in March to 0.7 per cent in April. Combined with a strong labour market, this can actually have a positive effect on consumer spending.

European economists warn that it is too early to make any predictions about long-term economic development of the Eurozone based on the recently published numbers. It is still not clear if the economy will continue its expansion at a current rate, largely depending on external factors such as the British vote. It is also expected that the European Central Bank (ECB) will treat the positive dynamics as a proof that its monetary policy is working and will not take action despite the 0.2 per cent deflation. 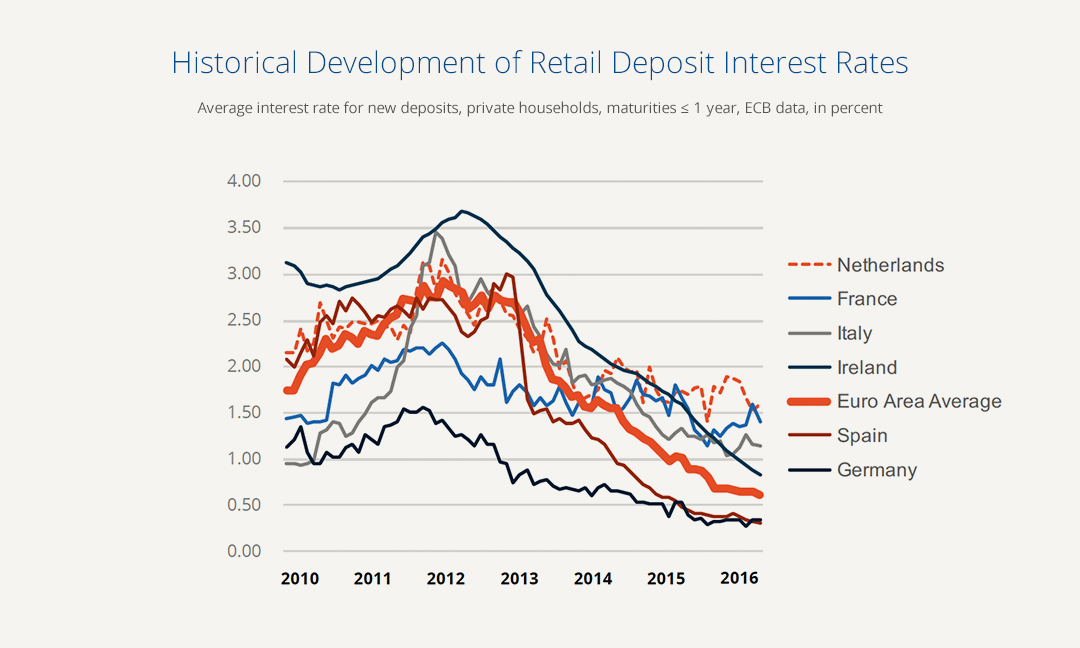 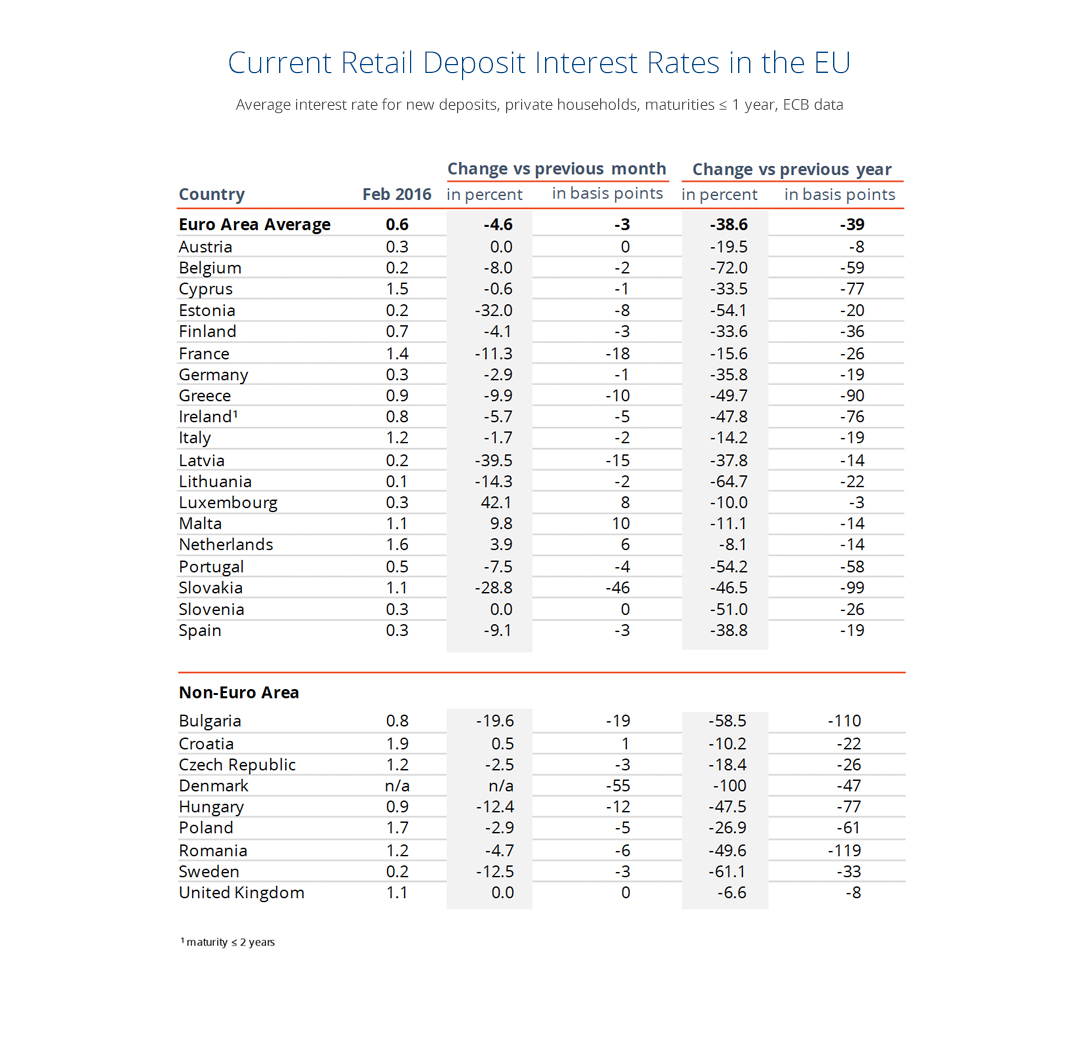 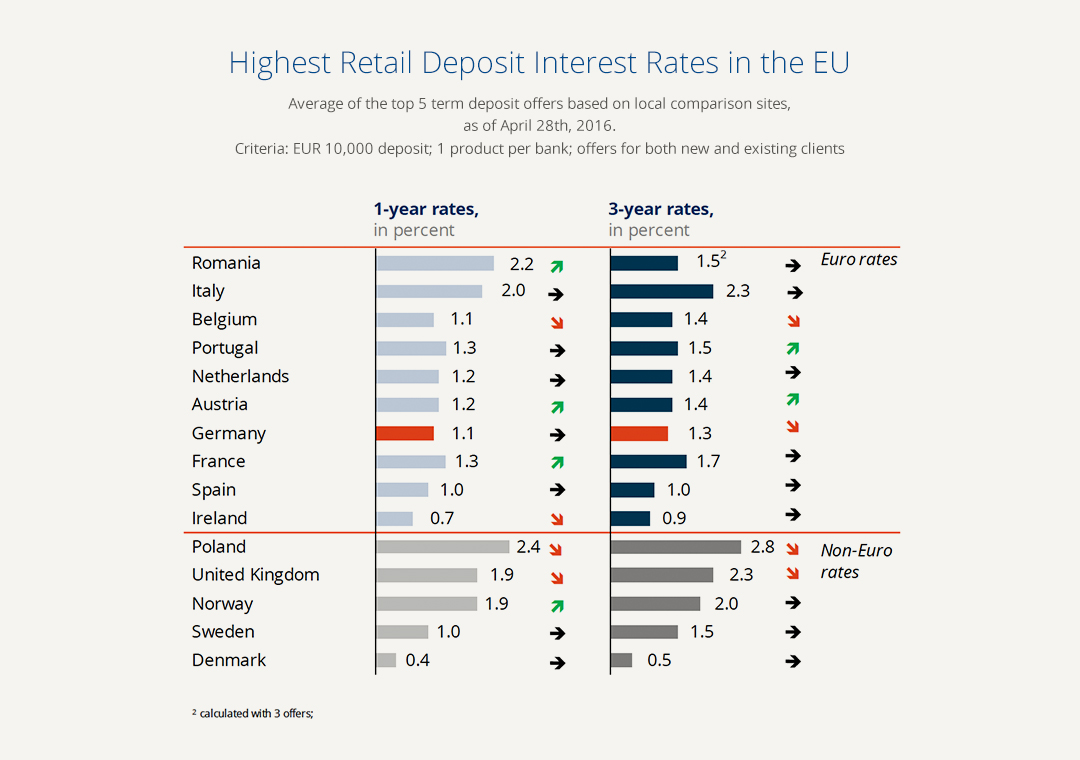 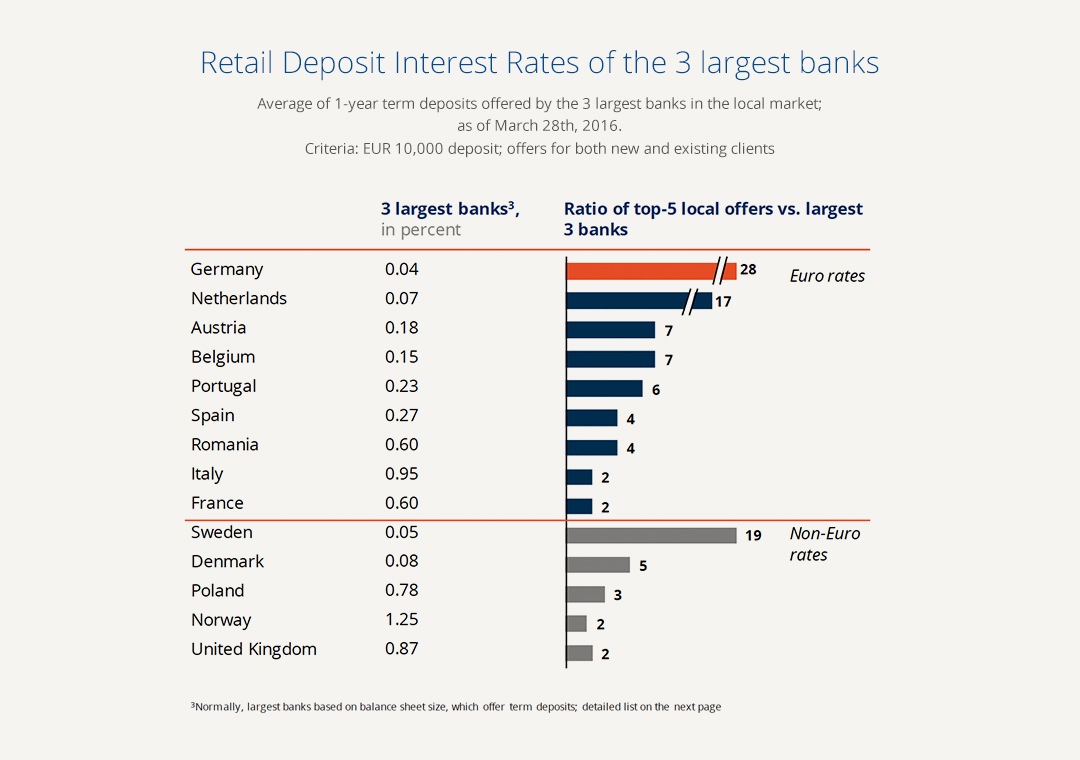 Highest Retail Deposit Interest Rates in the EU: Compared to the previous month, there have been positive…

Highest Retail Deposit Interest Rates in the EU: Changes at the lower end of the ranking of interest rate…