Explaining the Uneven Distribution of Liquidity in the Eurozone

Many European banks are lacking liquidity, despite the fact that the ECB has already pumped more than €1.5bn in the market and will continue to do so at least until the end of 2018. According to a current study of the ECB, the additional liquidity does not get distributed evenly across the Eurozone and around 90% of it ends up in the following countries, which are the more financially stable: Germany, France, the Netherlands, Luxembourg and Finland.

The authors of the study are not sure what accounts for the unequal distribution of liquidity. External factors seem to play an important role: On the one hand, perceived financially “healthy” banks attract more savers than other banks. On the other hand, conservative bank regulations make it less attractive for banks to lend money to other banks within the Eurozone. As a result, banks from financially healthy countries still hesitate to lend money across borders – more than ten years after the outbreak of the financial crisis. “It seems as the risk aversion has generally increased after the financial crisis” wrote the authors of the study.

The fact that this liquidity ends up in wealthy states within the Eurozone instead of in states where it is badly needed is contrary to the goals of the ECB. It also explains why banks in Germany and its neighbouring countries are able to offer their customers zero or even negative interest rates: These banks are currently simply not reliant on deposits of their retail customers. 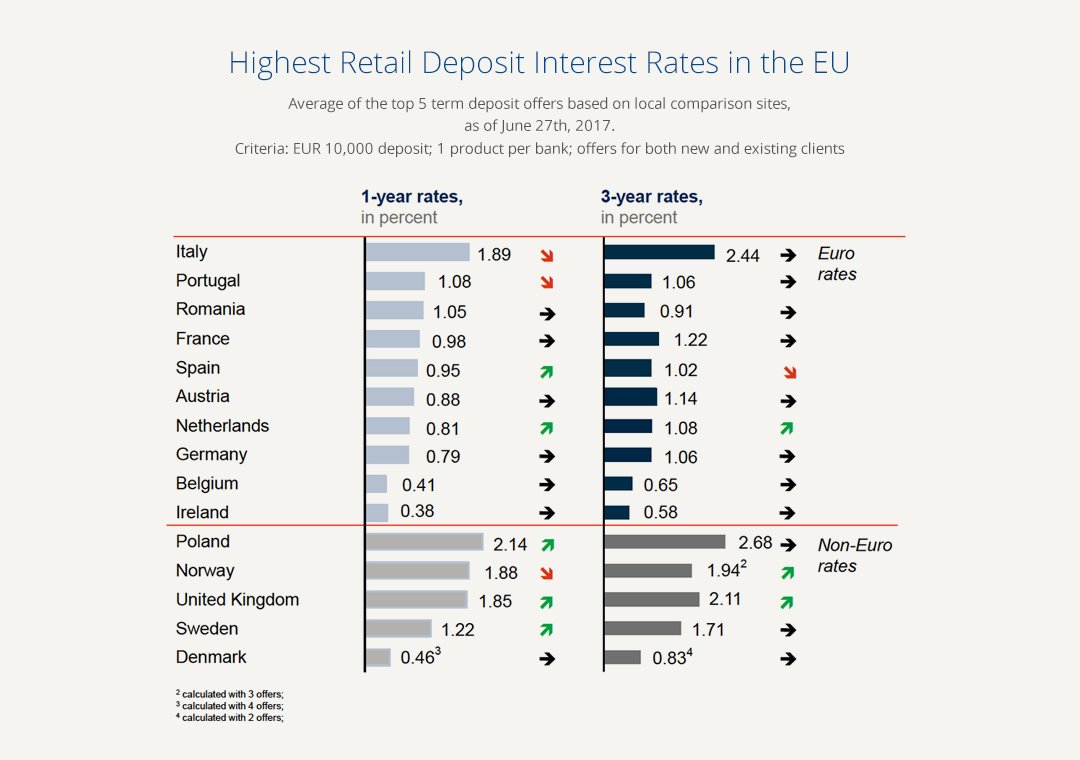 Retail investors are demonstrating what policies of the ECB should have done but somehow did not. Instead, with major banks, they invest their savings via marketplaces for savings products with small and medium sized banks across all over Europe and therefore provide them with the necessary liquidity to contribute to a more equal distribution. From a macroeconomic point of view, retail investors benefit from higher interest rates and stimulate growth in poorer EU countries.

Banks also benefit from cross-border saving via marketplaces like Raisin: They are able to easily control their liquidity and therefore widen the scope for future lending and stimulating their own growth. More than 30 banks already cooperate with Raisin because the marketplace provides them with the opportunity to reach customers from all across Europe in a simple and cheap way.

How savers can beat inflation

High inflation and low interest rates are a big threat for savers. In the long run, however, inflation ca…

First Investment Bank (Fibank) was our first partner bank. What was the reason for you wanting to join We…