We are once again pleased to present our latest interest rate radar.
In this issue, we track the inflation rate and understand how it affects European savers. Inflation is defined as a general and sustained increase in the price level and is measured via the annual price increase of goods in a weighted commodity basket. Price increases reduce the value of money.

The average inflation rate in the euro zone peaked at 4.1 percent in July 2008. Since November 2013, the global financial crisis has curbed it to below one percent. The European Central Bank (ECB) targets an inflation rate of below but close to two percent in order to keep a certain distance from the so-called zero interest-barrier and prevent deflation (a general reduction of prices). The main reasons for low inflation in the euro zone are a weak economy and low energy prices.

ECB President Mario Draghi has tried to stimulate inflation for some time. In order to do this the ECB’s monetary policy has been relaxed and the money supply has been massively expanded. The ECB has already set the benchmark interest rate at a historical low of zero percent and launched a billion-dollar investment program to revive the European economy and stimulate inflation. German politicians and Bundesbank President Jens Weidmann have sharply criticised the ECB’s approach.

According to the European Central Bank, the average interest rate of new deposits for private customers with a maturity of one year in the euro zone is 0.5 percent. Since inflation rate stands at 0.4 percent, real interest gains are hardly possible. German and Austrian savers are particularly hard hit by rising inflation in this low-interest-rate environment. In both countries, the average interest rate has sunk to 0.3 percent, with an inflation of 0.8 percent for Germany (forecast for October 2016) and 1.1 percent for Austria. This amount to a negative real interest rate for savers. This demonstrates that savers need to be alert in order to flee from the trap of negative real interest rates.

About the interest rate radar
At Raisin we believe that transparency can help customers find the right savings product. Since deposits are one of the main sources of financing for banks and are still the preferred investment product of private customers, we are pleased to provide you with the latest information on savings. In addition, you can find country-specific news in our monthly country reports. 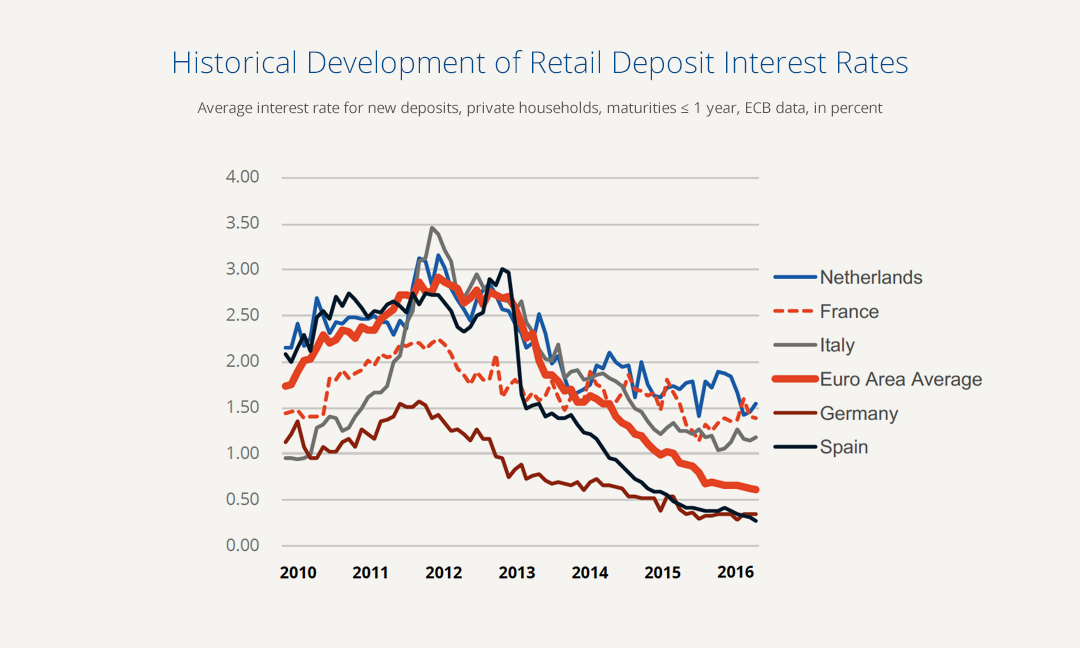 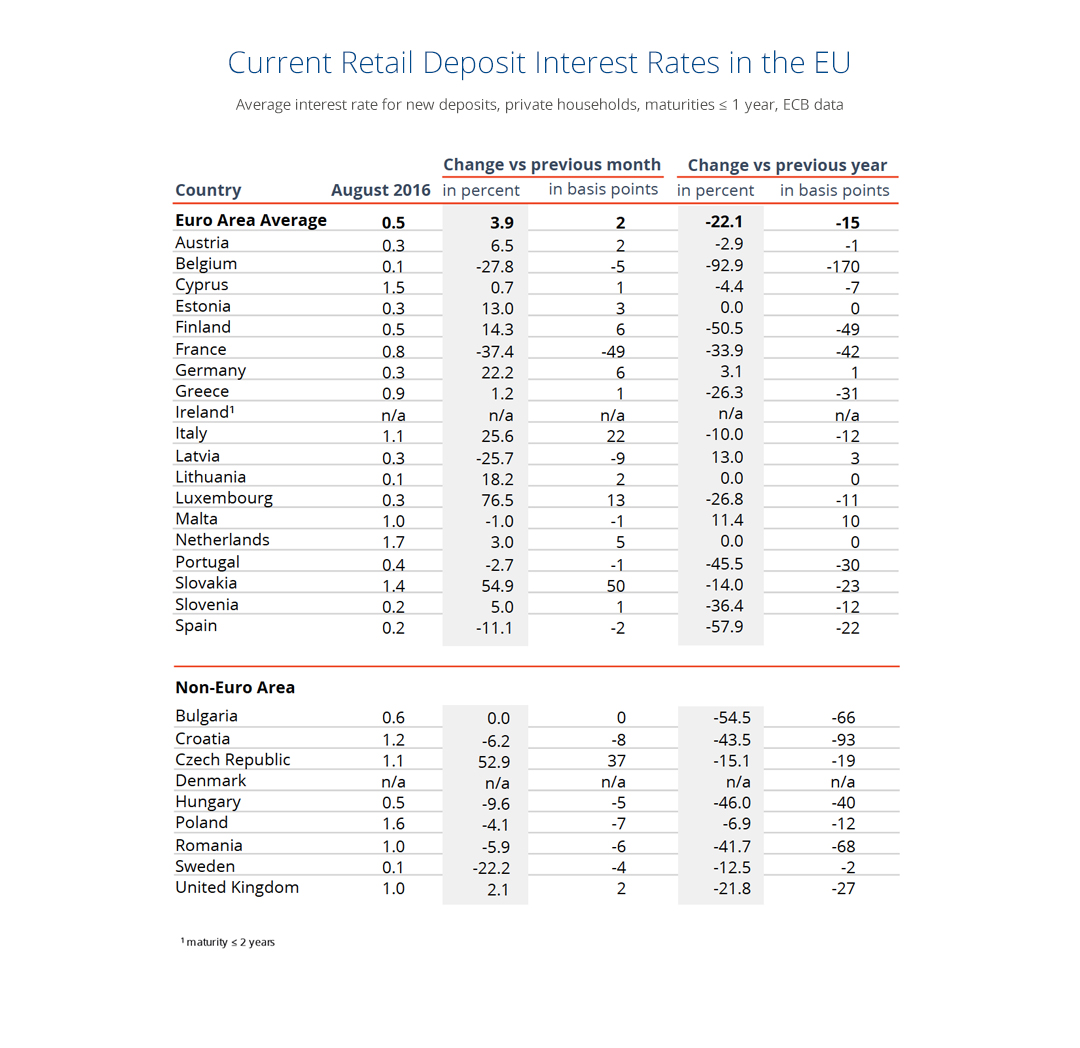 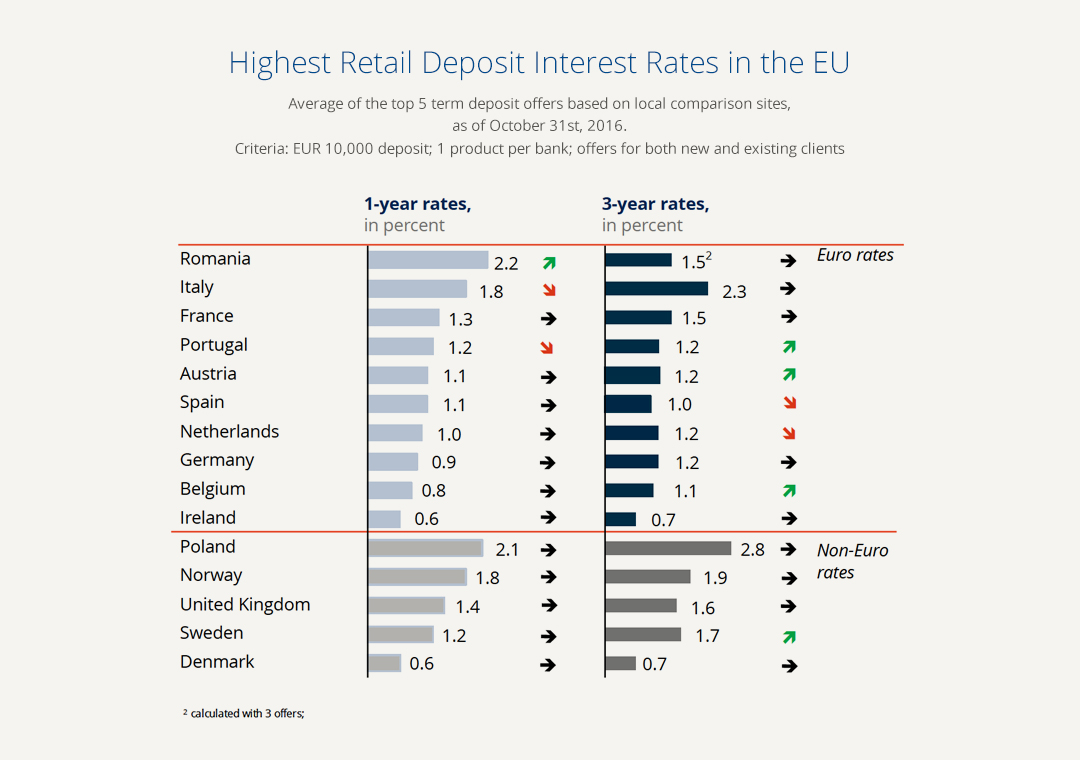 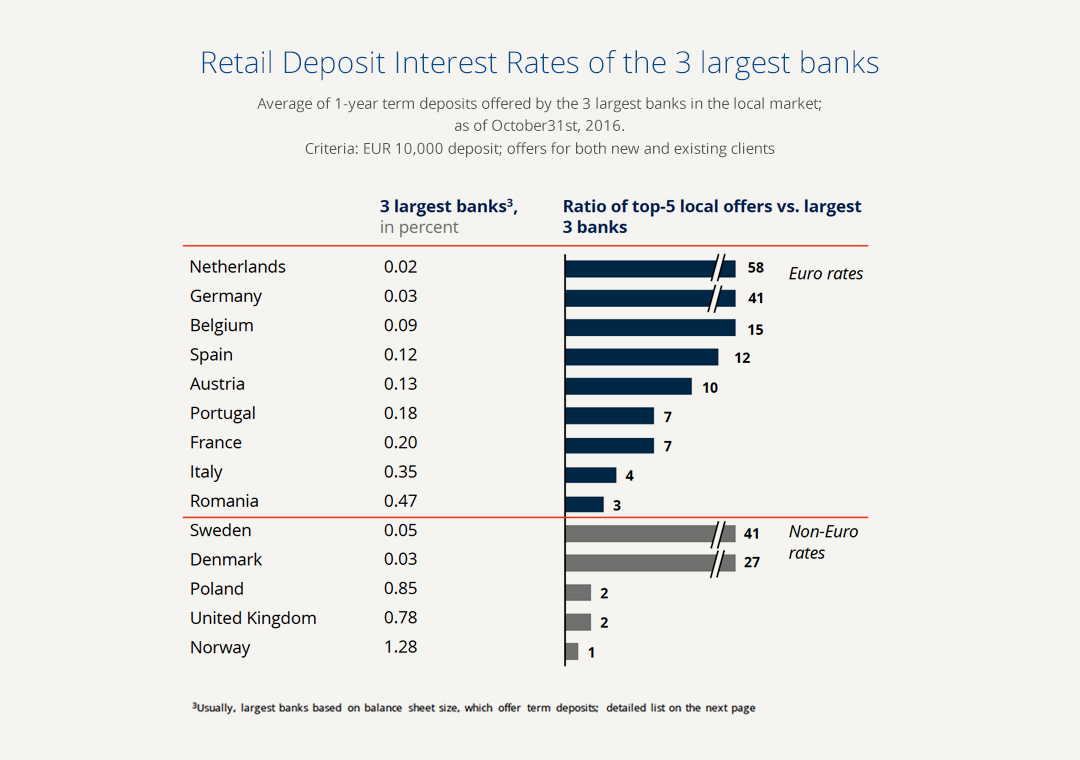