We are pleased to present our latest interest rate radar. 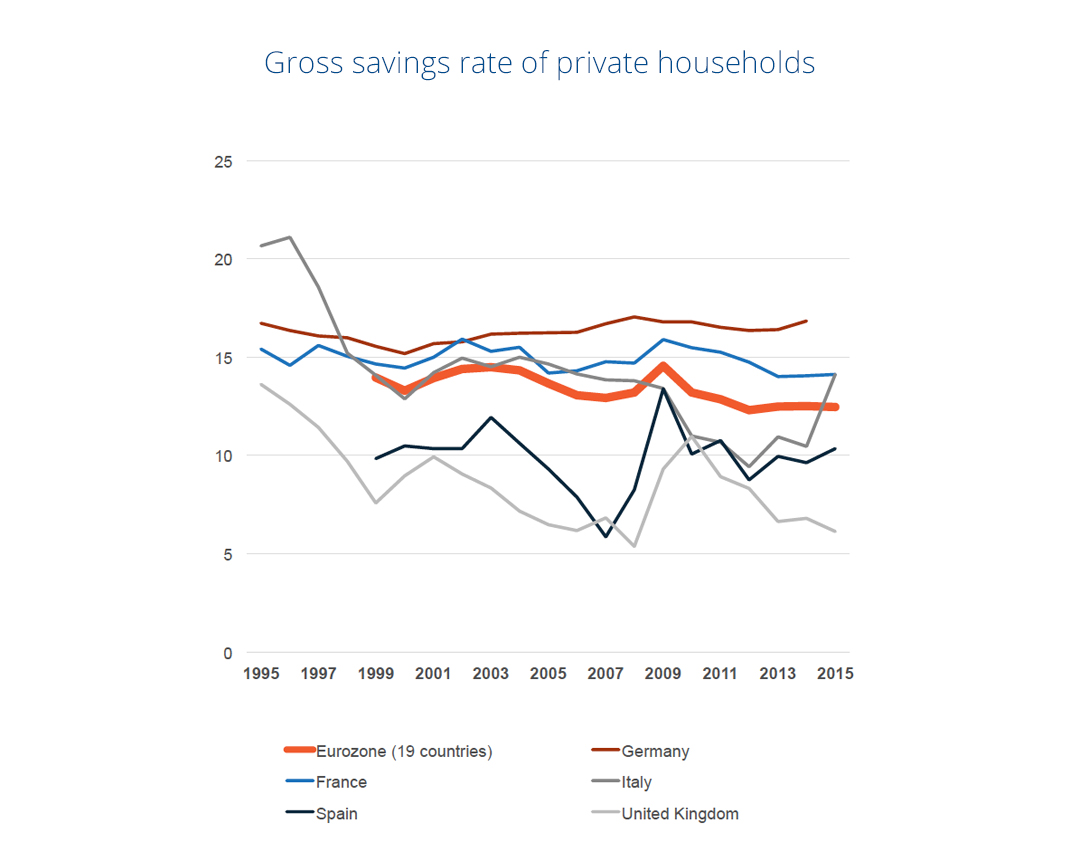 The graph shows a quite heterogeneous development of private household savings rates. Savings rates vary strongly in countries such as Spain or the UK. They are influenced by factors such as economic conditions, distribution of income, and higher willingness to take out loans. By contrast, the German and French savings rates are fairly stable and react less to changes in economic conditions. In addition, the data by Eurostat confirm that Germans and French are strong savers – their savings rates being well above Eurozone average. Furthermore, the data illustrates that in spite of a declining interest rate level private household savings rates are not decreasing significantly.

In addition to the monetary and interest rate policy of the European Central Bank, economic conditions and the competition in the banking sector, the propensity to save and the investment behavior of private households play a crucial role in driving interest rates in the respective countries. The current trend shows a constant or even slightly increasing propensity to save across Europe. Despite low interest rates European private households continue to look for attractive products to invest their savings.

We at Raisin believe that transparency can make the decision for the right savings product easier. Since deposits are still one of the main sources of funding of banks and continue to be the most popular investment product for private customers, we want to provide you with the most up-to-date information on interest rates, including country-specific developments in our monthly publication. 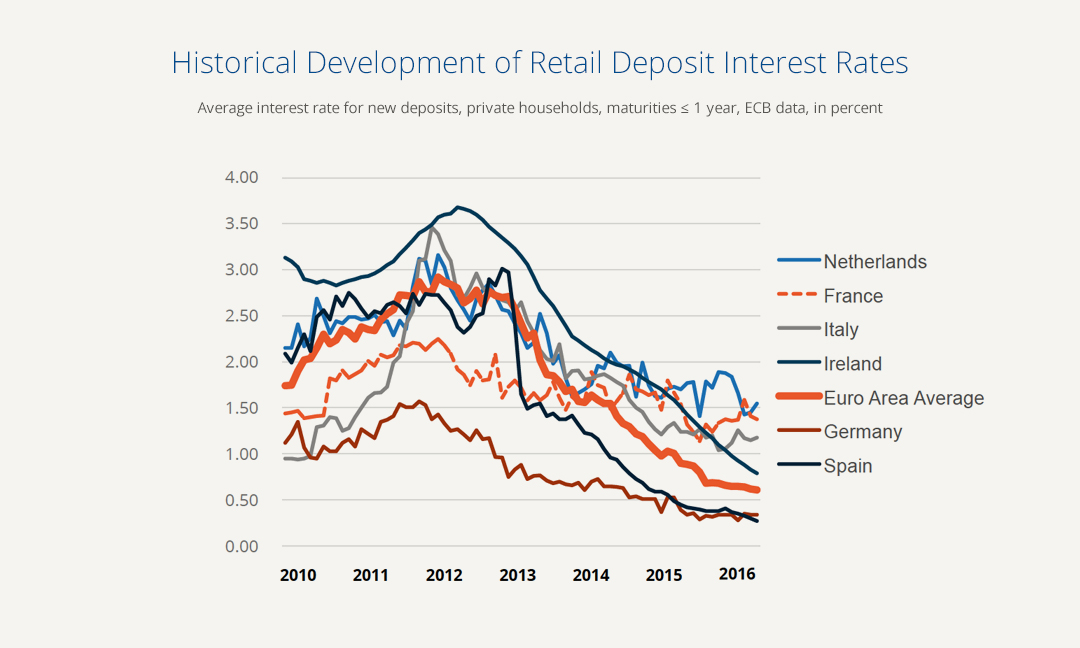 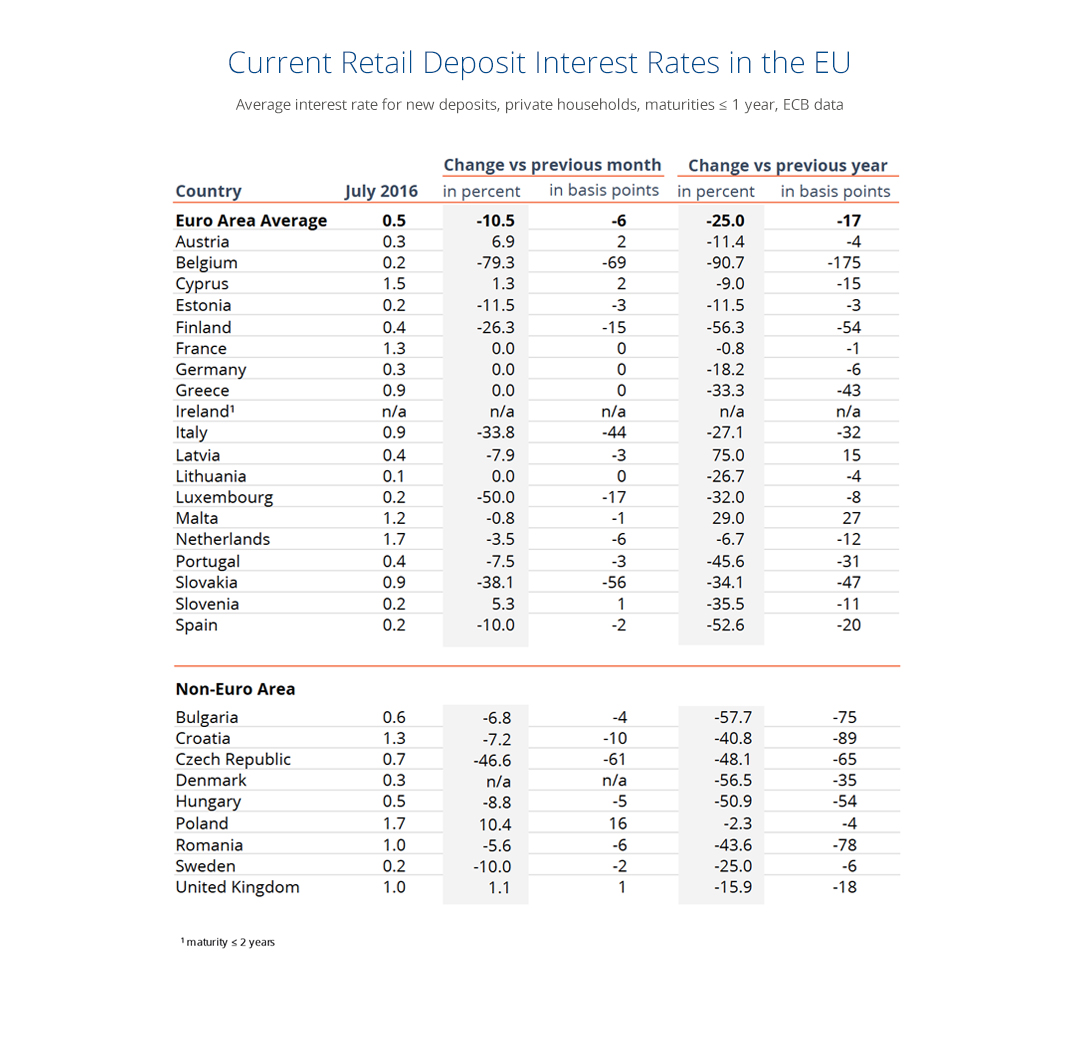 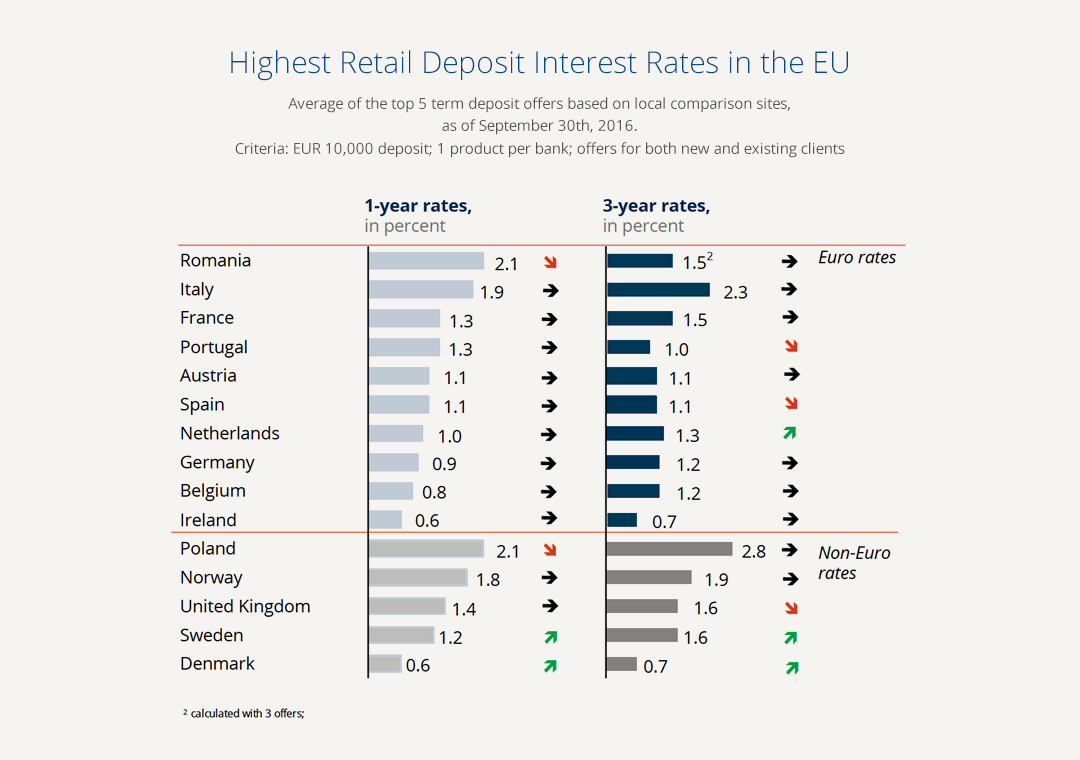 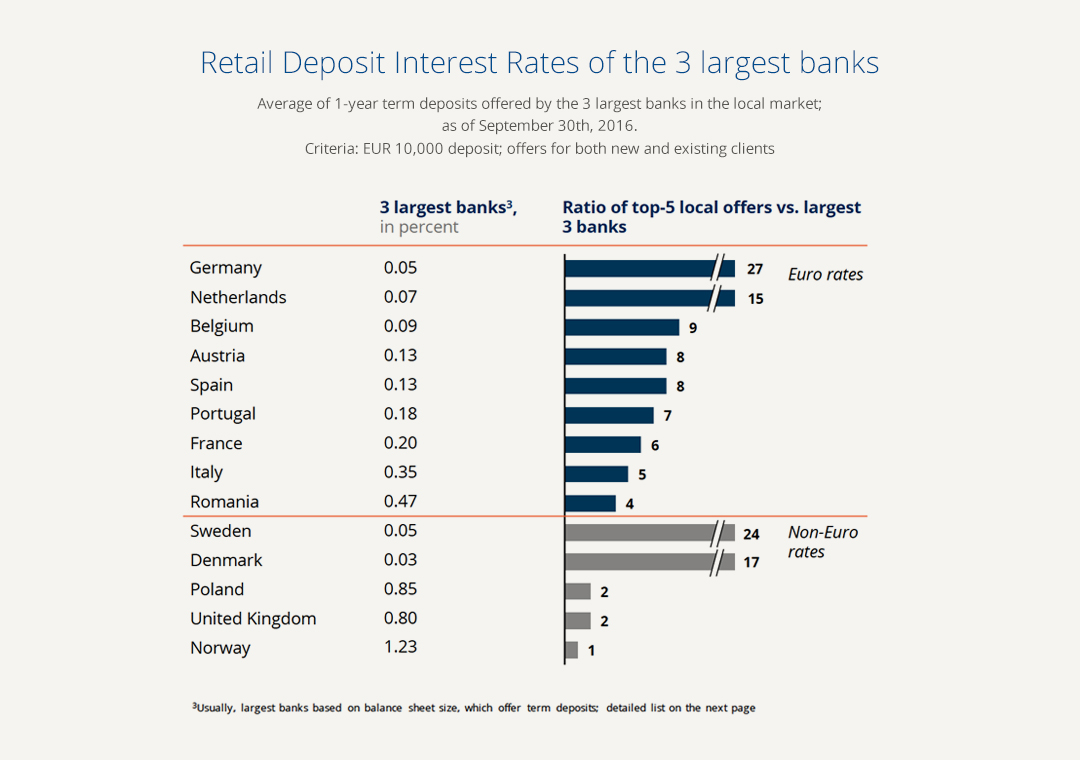